Oscar Movies That Weren't: Memoirs of a Geisha 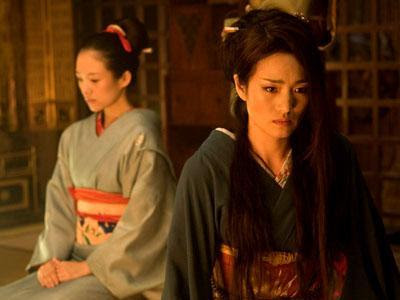 What It Had Going For It: Based on a massively successful novel (one which spent 2 years on the New York Times best seller list) and helmed by the director of a recent Best Picture winner, the film had awards momentum from the word go. With its historical and foreign setting it also had the potential to be nominated in multiple categories, and AMPAS loves films that they can reward over and over again.

What Went Wrong: Casting according to the theory that “any kind of Asian” will do wasn’t a great start and made the film automatically controversial. Plus, AMPAS doesn’t really have a tendency to embrace films that are entirely devoid of white characters - Slumdog, I think, is the only one as The Last Emperor and Gandhi both had white actors in prominent supporting roles.

Legacy: Chalk it up to another “the book is better” endeavour. Critical reviews were mixed at best and it only grossed $57 million in the domestic market. It did, however, gross an additional $100 million worldwide against a production budget of $85 million, so the news isn’t all bad unless you’re director Rob Marshall who, following up Chicago with this film and Nine, is looking like he may be a one-trick pony.

It had the makings of a good Oscar-bait movie but man. I didn't like it at all. I found a lot of the acting to be awkward with the exception of Ken Watanabe and Michelle Yeoh. I found the cinematography to be over-stylized (and I was very upset when it won the Best Cinematography Oscar over the works by Rodrigo Prieto for Brokeback Mountain and Emmanuel "Chivo" Lubezki for The New World.

i LOVE this movie. a gorgeous film, comprised of beautiful performances. another one bites the dust