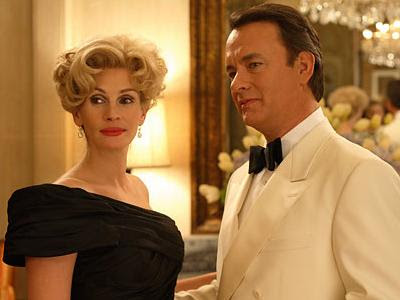 What It Had Going For It: There are a few things AMPAS loves. One of those things is when actors play against type. Another is Tom Hanks. So when you've got a movie starring Hanks playing very much against type, supported by performances from Julia Roberts and Philip Seymour Hoffman, in a film helmed by Mike Nichols, you've got to figure it's going to make a mark on awards season, right?

What Went Wrong: Mike Nichols has made plenty of films that Oscar has embraced, but none since Working Girl have garnered anything other than acting nominations. In addition, the subject matter was likely something of a turn-off, particularly in a year when there were many similarly themed films. By the time Charlie Wilson... came out, people were probably a bit tired of stories dealing with the Middle East, making it easy for the film to sort of fade into the background.

Legacy: Reviews weren't bad, but they certainly weren't as good as they probably should have been given the talent involved (its metacritic score is 69), and the domestic box office wasn't that great either. Hoffman scored a nomination for Best Supporting Actor but, other than that, the film doesn't seem to have left a terribly lasting impression. Chalk it up to a mere blip on everyone's credits list.