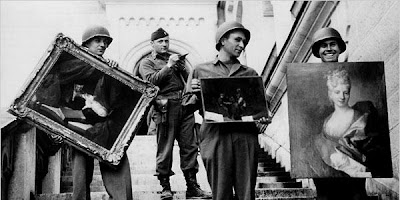 The documentary The Rape of Europa, inspired by the book of the same name by Lynn H. Nicholas, is a fairly straight forward and workmanlike film, but fortunately it doesn't need a lot of flash. This story of art plundered and preserved during the course of World War II is endlessly compelling even without a lot of narrative pomp and extravagance. 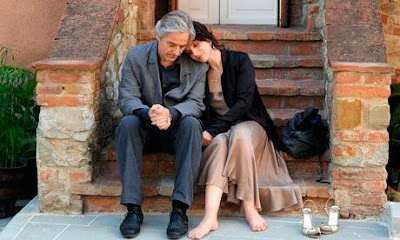 If something is beautiful but a copy, does that diminish its value or is its value determined by what it inspires in the observer? This is the question at the heart of Abbass Kiarostami’s Certified Copy, a film of elusive construction and surprising comedy. This is a film that I've been anticipating seeing for months and it definitely wasn’t a letdown. This is a great film and, as always, Juliette Binoche gives an absolutely luminous performance.

Note: for the purposes of this list I'm only considering movies that spawned one follow-up rather than multiple films to form a series, otherwise this list would be made up pretty much entirely of Saw movies and perhaps an Ocean's (or two) 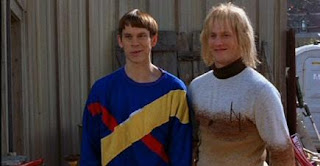 You know, the first one wasn't a hit because of its sophisticated storytelling, innovating technology, or resonant themes and characters. So, if Jim Carey and Jeff Daniels took a pass on returning, it was probably best to just abandon a sequel as a beautiful dream.

Read more »
Posted by Norma Desmond at 8:00 AM 8 comments 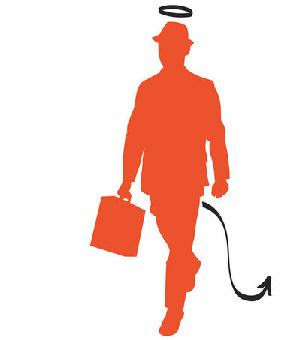 "Some of the best creative minds are employed to assure our faith in the corporate world view. They seduce us with beguiling illusions, designed to divert our minds and manufacture our consent." The Corporation is one of those movies you watch with a divided mind. On the one hand, at some level, the film is telling you a lot of what you already know but, on the other hand, you'd also prefer not to acknowledge it since it's so damn depressing. The Corporation has a nice thread of dark humor running through it, which alleviates things a little bit, but the film's subject is still depressing to think about.

Year: 2010
Director: Roman Polanski
Great Because...: It so elegantly pulls the rug out from under the audience. This is the work of a filmmaker at the top of his game, taking a sequence that, for a number of reasons, probably shouldn’t work at all and not only making it click, but making it thrilling. 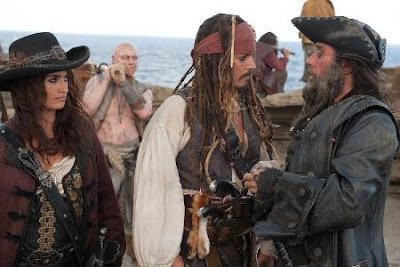 Read more »
Posted by Norma Desmond at 8:00 AM 7 comments 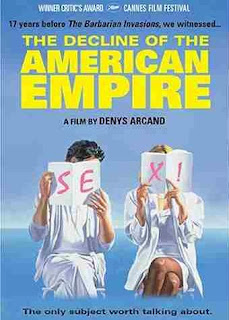 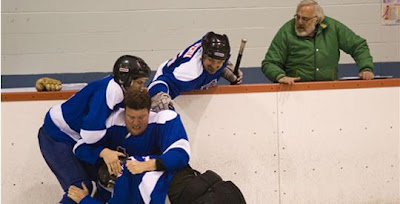 I think that the best way to introduce Puck Hogs is to describe one of its big scenes: a player who has been out of the game for a couple of years rejoins the team and when he shows up on game day, everyone jokes that his equipment (which has never been cleaned because he's a dude) smells as if something crawled into his hockey bag and died. They then discover that something did, in fact, crawl into the bag and die - a mouse - and after a minute spent exclaiming about how gross that is, they proceed to pass it around the locker room with their hockey sticks. The game pretty much comes to an end, however, when they find out that a cat had also crawled into the bag and died. It's all very sophisticated and high-brow. 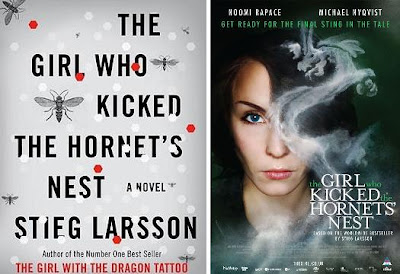 Plot: The final entry in the Millennium Trilogy begins only moments after the end of the previous story, The Girl Who Played with Fire. Lisbeth Salander, suffering from multiple bullet wounds (including one to her head) is rushed to the hospital, where she is basically put under house arrest in her hospital room while she recovers from her injuries. Meanwhile, Mikael Blomkvist is working overtime trying to prove that Lisbeth has been railroaded by corrupt government forces and a scandal-crazed media. 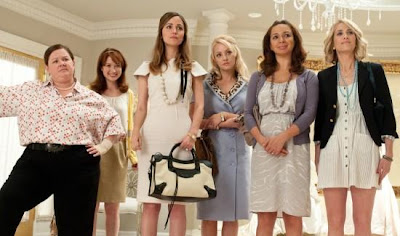 Does it matter that one of the big comedic centerpieces of Bridesmaids relies on lazy bathroom humor? Or that the film throws out a series of interpersonal conflicts that grow and grow only to be quickly resolved with hugs and a group sing-a-long at the end? Short answer: no. There may not be anything revolutionary about Bridesmaids, but it's a very, very funny movie. It's kind of a shame that its release is sandwiched between Thor and probable box office juggernaut Pirates of the Caribean, but hopefully word of mouth will help it find the legs to net a decent box office take because it certainly deserves it.

The department of Totally Unnecessary Remakes, in conjunction with Stories Like This Worked A Lot Better in the 1970s and Somewhere Sam Peckinpah is Super Pissed, presents: 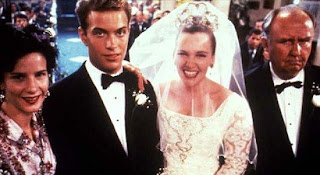 This quirky movie brought both Toni Collette and Rachel Griffiths to audiences outside of Australia, and that alone would be more than enough to earn it a place on the list. Alternately funny and devastating, Muriel's Wedding is a gem of a movie. 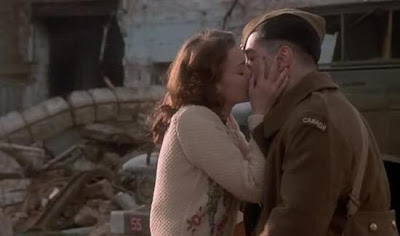 In one of my favourite films - William Wyler's Best Picture winning The Best Years of Our Lives - one of the major plot points is the fallout from a relationship begun during the heat of war, when everything seems hurried and romantic and dramatic. Lyndon Chubbuck's The War Bride takes the premise of the drama that potential romantic tragedy could bring and explores it a little further and from the perspective of the wife left behind rather than the husband returning from war. It's not in the same league as Wyler's classic, but it's a good movie and worth a look. 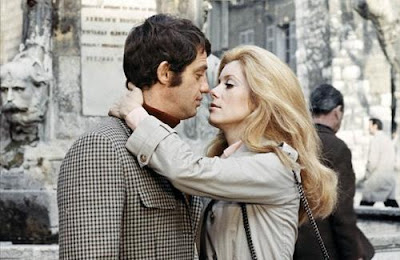 Mississippi Mermaid in three words: Truffaut does Hitchcock. If that isn’t enough to pique your interest, I’ll also add that it stars two icons of French cinema: Catherine Deneuve and Jean-Paul Belmondo. Still not intrigued? What if I told you that it was the inspiration for 2001’s Original Sin, starring Antonio Banderas and Angelina Jolie... actually, forget that last one. That’s probably not helping my case at all. 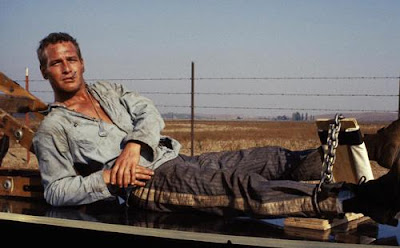 “What we’ve got here is failure to communicate.” It’s the most famous line from Stuart Rosenberg’s Cool Hand Luke but does not encapsulate the film. After all, Cool Hand Luke has been effectively engaging and communicating with audiences for over 40 years. Featuring an iconic performance from the great Paul Newman (and an Oscar winning supporting performance from George Kennedy), this is a film that everyone should see sooner or later. 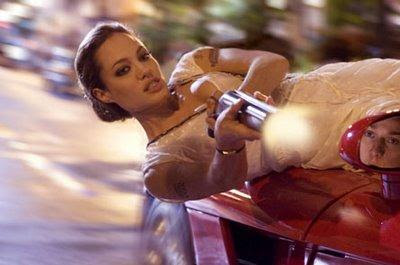 Wanted is the kind of film you watch while constantly thinking to yourself, “Whatever, logic.” It does things that many of us would find irritating in other movies, but does them so well that they simply work. It’s nasty and brutal but it also has a finely tuned sense of fun that ultimately sets the tone of the piece. It is illogical and, objectively, pretty stupid but so awesome that you just don’t care. It’s to the film’s credit that though it was built for the big screen and summer audiences, it still plays well on DVD. 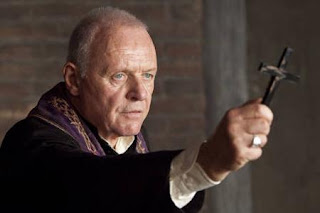 I'm including this based solely on the trailers, which make the film look like horror-camp central. Hopkins is a master of recognizing and playing to the tone of a piece even as his presence gives it an air of gravity. 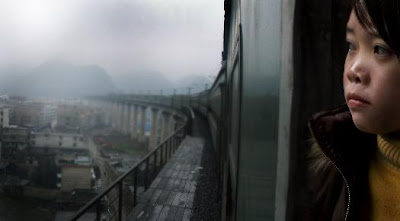 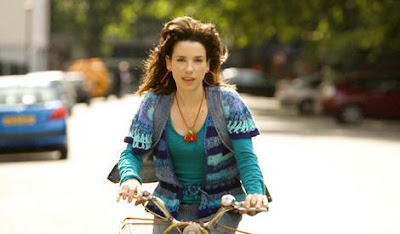 When it comes to awards, comedy is never taken as seriously as drama. We forget sometimes that it takes as much skill to make an audience laugh as to make them cry, and we lavish praise of those actors who jump through emotional hoops, leaving more understated, less flashy performances in the shadows. When Happy-Go-Lucky was released in 2008, it garnered a few awards for lead Sally Hawkins (including a Golden Globe) but she was left out on Oscar nomination day. To be sure, there was some pretty stiff competition in the Best Actress category that year (Kate Winslet, the winner for The Reader, Meryl Streep for Doubt, Anne Hathaway for Rachel Getting Married, Melissa Leo for Frozen River, and Angelina Jolie for Changeling), but I think Hawkins' performance is one that resonates and will stand the test of time. 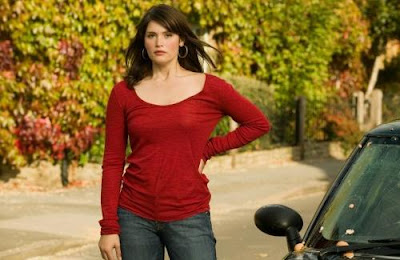 Tamara Drewe exists in an odd subgenre of films consisting on modern day takes of classic literature. Taking Thomas Hardy's Far From The Madding Crowd as its base, it joins a tradition which includes Clueless (Emma) and Bridget Jones's Diary (Pride and Prejudice), amongst others, adaptations which at once demonstrate a degree of reverence for the source material while also displaying a more irreverently mordern attitude. Films like this vary in terms of their success and while Tamara Drewe lacks the narrative punch and resonance of Far From The Madding Crowd, it's a solidly entertaining film.

Before we get started, I'd like to take a moment to encourage my fellow Canadians to go out and vote. Unless you'd vote for Stephen Harper, in which case don't let me tell you want to do.


The Department of We Can Still Wring Some Money Out of This presents: the latest soulfull mediation on the human condition from Hollywood's greatest auteur, aka...