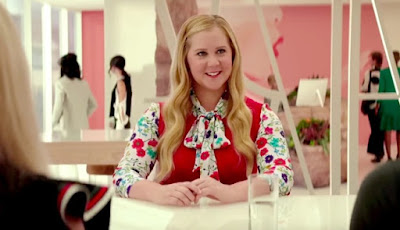 Michelle Williams is a goddamn genius. If AMPAS gave her an Oscar for her performance in I Feel Pretty (it would never happen, that's beside the point) I would be like, "Yep, absolutely." Her character work and total investment in that character make her the absolute highlight of a film that I suspect will be judged and denounced by significantly more people than actually bother to see it. I Feel Pretty is already one of the most divisive films of the year, with critics either really liking it or really hating it and think pieces about it popping up all over entertainment sites. I'm not going to suggest that I Feel Pretty doesn't have problems, but I do think that it's a lot less problematic than all the words that have been devoted to analyzing it would suggest. 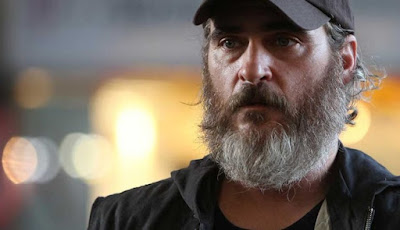 If you have any doubt that Joaquin Phoenix is one of the greatest actors of his generation, it should be put to rest by You Were Never Really Here, Lynne Ramsay's lean and brutal adaptation of the novel of the same name by Jonathan Ames. He is at once savage and fragile here, his character broken and haunted and willing to perform incredible acts of violence. He finds no catharsis in these acts and neither does the film, which offers the least glamorized depiction of violence in recent memory, replacing the stylized trappings that can make violence on film seem like something celebratory and replacing them with a sense of disorientation. Running at a breathless 90 minutes and never pausing to let you find your footing, forcing you to just let yourself be pulled into its narrative riptide, You Were Never Really Here is one of the most stunning viewing experiences of the year.

I like to think that the title of Wes Anderson's latest film, though it refers literally to the location of much of the film's action, is its first joke. Traditionally, dogs do not fare well in Anderson's films. When they die, their deaths tend to be brutally violent (see The Royal Tenenbaums, see Moonrise Kingdom). When you say this film's title aloud, it sounds like "I love dogs," as in "despite killing fictional pets every chance I get, I'm not a dog hating monster;" and when you watch the film, it starts to feel like it's playing with you a little bit, using your knowledge of the fates of dogs in previous films to tease you at various points with the possibility that some of the canine characters have met with terrible fates, only to reveal it was a fakeout. Maybe it's just a coincidence, but maybe Anderson is having a bit of fun with his audience, making his meta-humor just as offbeat as his regular humor. However, playful as it might be, Isle of Dogs is actually pretty serious stuff and makes for Anderson's most overtly political (for better or worse) film to date. 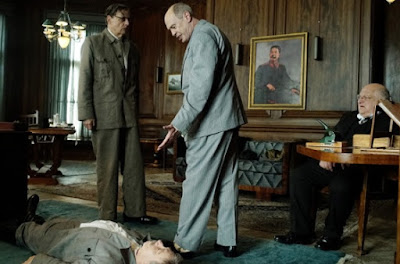 I'm sure the real story was even more absurd. All the pieces are there, after all: a brutal tyrant who is ultimately undone by his own short-sighted desire to protect his power by destabilizing everyone around him; the political cronies who are left jockeying for power, stabbing each other in the back and trying to think out their next moves, taking a few gambles on how circumstances are going to shake out; a citizenry terrorized by the whims of those in charge, making the difference between life and death as arbitrary as possible; a son who is desperately trying to hide the fact that the national hockey team has been killed on his watch and that he has replaced the players in the hope that no one will notice. Armando Iannucci's The Death of Stalin is comedy that's about as black as it gets and if it plays a little fast and loose with real history, well, I have to assume that that's because truth is stranger than fiction and that it would seem even less believable if it were all true. 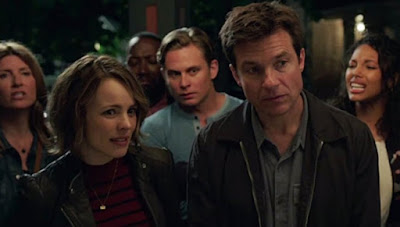 The game is real is one of the lazier story premises this side of mismatched police partners or love interests who start out hating each other only to fall in love. For proof look no further than the trailers for the absolutely atrocious looking Truth or Dare, which asks "What if a bunch of 20-somethings played a slumber party game... to death?" But even an unremarkable premise can be saved by strong execution, which is something that Game Night, a comedy about sibling rivalry and a parlor game that gets a little too real, has to its credit. Anchored by the deadpan comedic chops of Jason Bateman and the effortless charms of Rachel McAdams, Game Night suffers slightly from having more plot twists than it absolutely needs, but it's ultimately a winner.