Grief is hard enough. Having to grieve publicly, and as a symbol for the grief of countless others, must be an especially hellish experience. David Gordon Green's Stronger is an intimate exploration of trauma under a spotlight, telling the story of Jeff Bauman, who lost both legs in the 2013 Boston Marathon bombing and became a symbol of "Boston Strong." While it contains some of the beats of the "overcoming the odds" subgenre, Stronger largely avoids devolving into a cookie-cutter drama thanks to its keen focus on exploring its characters and the very strong performances of the actors playing them. 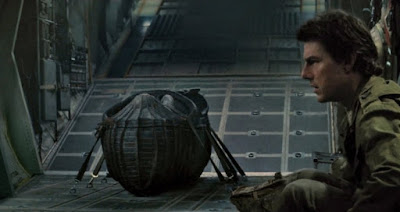 I'll give The Mummy this much: it takes stones to start your movie by announcing it as the inaugural entry in the "Dark Universe" when previous attempts to launch the series have already been released and failed (and then disavowed as if they were never meant to be anything of the kind in the first place). As for the rest? Meh. Marketed (in North America, at least) as a "darker" take on the Mummy story that would veer towards horror, it's actually aiming to be an Indiana Jones-style adventure yarn with frequent shots of humor, and if that's what you want to watch, well, you may as well just watch the Brendan Fraser version of The Mummy, which does everything that this one is trying to do (except kick off a shared universe) but much better. 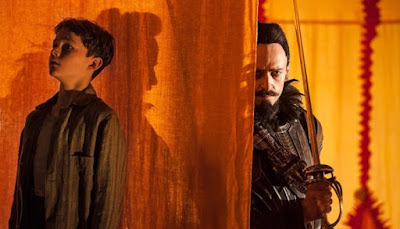 When original ideas are in short supply, just turn a well-worn property into an origin story and call it "new." Pan is what I suppose you would call the "winner" of the great Peter Pan adaptation race that started about six years ago. Following in the footsteps of Snow White, who found herself in two different "re-imaginings" released in 2012, by 2011 there were no less than 5 Peter Pan projects in development, two called "Neverland" (one of which actually did get made as a miniseries prequel to Peter Pan, the other of which was a take with Peter Pan as the villain and Captain Hook as the hero), one called "Peter Pan" (a "family adventure"), one called "The.Never.Land" (described as a "Twilight-ish spin" on the relationship between Wendy and Peter), and one called "Pan" which would have seen Peter and Hook as brothers and which would have had Channing Tatum involved in some capacity. I'm not sure whether that "Pan" and this one are the same film a few re-writes apart but, at any rate, this version of the Peter Pan story, written by Jason Fuchs, made it onto 2013's Black List and presumably read much better on paper. 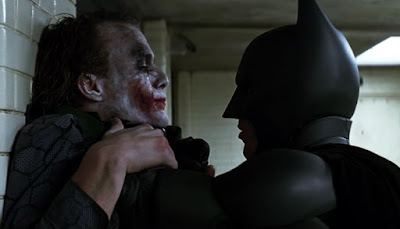 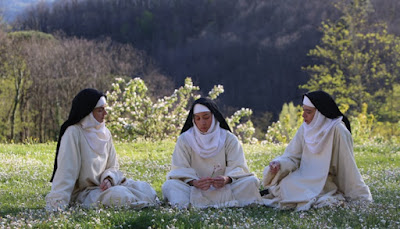 The Little Hours is part Monty Python, part "Nunsploitation" throwback, and just as tonally all over the place as that description implies. Many scenes in The Little Hours are really very funny. A couple of scenes in The Little Hours become really weird and uncomfortable to watch for reasons that I'll get into below. The gentle, actually quite sweet ending is somewhat at odds with the bawdiness that dominates the proceedings up until that point. Nevertheless, because it's such a fun watch overall, the film is never really bogged down these sudden shifts. It helps that The Little Hours feels so fresh in comparison to most of the comedies being put out by Hollywood studios lately, doing its own off-the-wall thing and taking a few chances. It's a silly movie, but it's silly in the best of ways. 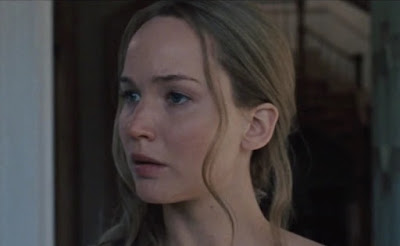 If you follow entertainment news sites, you've heard that mother! earned the rare "F" grade from CinemaScore. An F doesn't just mean that an audience disliked a movie, it means that the audience feels betrayed by the movie, like they've been sold a false bill of goods. On one hand, this turn of events is understandable because the marketing for mother! doesn't really give a clear idea of what it's going to be, but it being a major studio release one could be forgiven for assuming that it's going to be a little more... normal. On the other hand, it's a Darren Aronofsky movie. The closest he's ever come to "mainstream" is Black Swan and that's only mainstream insofar as it was a box office and Oscar success. Most of his movies are flat out designed to alienate. Granted, even knowing that going in, watching mother! can still feel like a bit of an endurance test. I don't think there's any way to actually discuss this movie without spoiling it a little (or a lot), so consider this a spoiler warning. 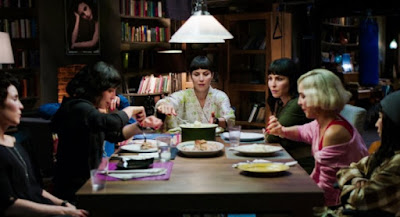 Seven Sisters, which is also called What Happened to Monday? and might as well have been called "Orphan Black, but less good," is a high-concept science fiction film that takes about an hour to get beyond its concept. The second hour is pretty solidly entertaining as a thriller (albeit one that ends rather softly), but the first can be a bit frustrating, full of unnecessary exposition (the whole film contains unnecessary exposition, but the bulk of it is concentrated in the first half) and overly enamored with the idea of having star Noomi Rapace interact with herself to the power of 7 so that some scenes feel less like they're servicing a story and more like they exist as acting and technical exercises. Sure, it's an impressive feat, but less talk and more action would go a long way. 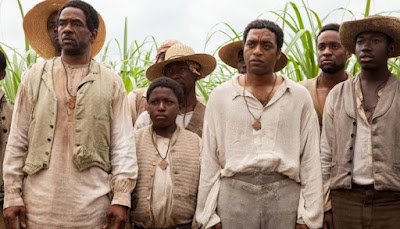 Even before its first screening at Telluride’s 2013 festival, 12 Years a Slave had the recognizable markers of a movie that was going to be designated as an “Important Film.” That designation, which burnishes a few films every year sight unseen and in anticipation of Oscar season, can be a blessing to those films that manage to live up to the expectation, but even those films that are successful in that respect tend to lose a bit of that glow as time goes on. What seems like an “Important Film” in the heat of awards season becomes simply a great (or even just very good) film as the cycle resets itself. When it won Best Picture in 2014 it would have been easy to assume that 12 Years a Slave would experience that same kind of fading that accompanies the sudden cessation of the awards season hype, particularly since some Academy voters admitted to not actually having seen it but voting for it out a sense of obligation, but instead 12 Years a Slave has not only maintained but grown in its importance over the years, a result not only of it being a great film borne of the meticulous craft of director Steve McQueen, but also of the fact that its challenges to Hollywood convention are something that the industry and society generally are only just beginning to reckon with. 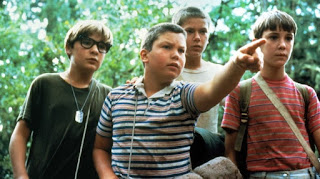 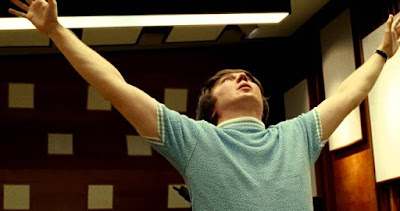 The history of rock and roll is full of weird and tragic stories and one of the weirdest, surely, is the story of Brian Wilson. From the genius at the heart of one of the most successful and enduring bands of the '60s, to a recluse rumored to have spent years in bed self-medicating an undiagnosed mental illness, to someone incorrectly diagnosed and placed under the care and control of doctor/svengali eventually leading to a years long conservatorship battle, Wilson's life has so many twists and turns, ups and downs, that it would be difficult to fit it all in any one movie. Bill Pohland's Love & Mercy, written by Michael Alan Lerner and Oren Moverman, doesn't attempt to tell the whole story, choosing to focus instead on the time before and after the hermitage period, each of which is fascinating in its own way even if the two halves of the film don't always work so well together.