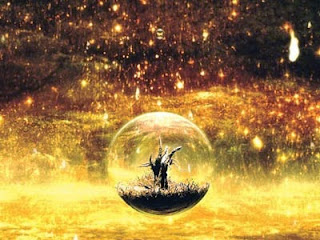 #5: The Fountain
Darren Aronofsky's divisive multi-story epic isn't strictly a "space movie," but one of its three storylines centers on "Tommy the space traveler," who floats through deep space in a bubble in the company of a tree. The film is a meditation on life and death and the necessity of accepting the latter as part of the former and is filled with some glorious and bizarre images. 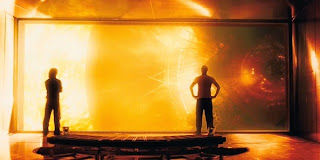 #4: Sunshine
Danny Boyle's science fiction thriller about a mission to reignite the dying sun and save Earth from a solar winter falls victim to plot contrivances in its final act, but on its way there it revels in some fantastic sights and engages in some deep thoughts about science, religion, and the sheer scale and magnitude of the mission at the story's center. 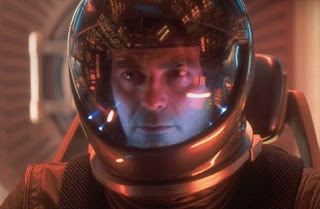 #3: Solaris (2002)
Grief, science fiction style. Steven Soderbergh's little loved Solaris is a hidden gem of a film concerned with identity, memory, and the psychological space of grief. [Andrei Tarkovsky's 1972 version of Solaris is more critically beloved, but I've only ever seen a few clips of it and not the entire film, so I can't really attest to its greatness] 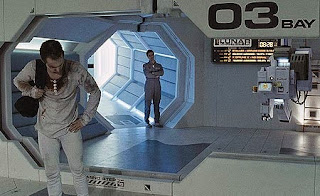 #2: Moon
Moon is centered around questions of what it means to be human, and what it means to be an individual. Anchored by Sam Rockwell, playing two men who discover that they're actually two of many clones, the film is alternately funny, touching, and above all incredibly entertaining. 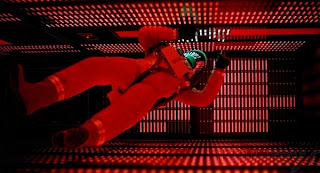 Nice list. I love Moon, such a great movie, and Rockwell is awesome. I really like Solaris, but it's been years since I've seen it. Time for a revisit. Not so keen on Sunshine. That third act just totally ruined it for me. The first two were great, though. I've not heard of The Fountain. That definitely sounds interesting. A recent movie that I think deserves some mentioning is Europa Report.

As for your #1, well, to be honest I hate that movie. I realize I'm not supposed to say that, but it's true. I explained myself here...

Yeah, the ending of Sunshine makes the movie a bit hard to love.

I've heard of Europa Report, but I've never seen it, I'll have to put it on my list.