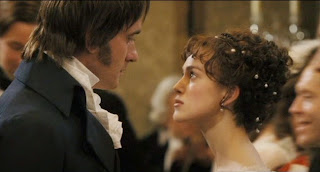 #5: Pride & Prejudice (2005)
Though surprisingly divisive due largely to the attachment and loyalty that some viewers have to the 1995 mini-series starring Colin Firth and Jennifer Ehle, Joe Wright's version of the Jane Austen novel is a film that holds up really well. Featuring what is arguably Kiera Knightley's best performance (and one for which she received an Oscar nomination), the 2005 Pride & Prejudice is a strong film even if time constraints mean that it can never quite achieve the depth of the 1995 version. 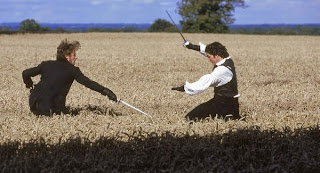 #4: The Count of Monte Cristo (2002)
They don't really make movies like The Count of Monte Cristo anymore. This is the kind of movie that is so charmingly old fashioned that it feels like it could have come out in 1932 rather than 2002, so invested and sincere is it in its epic tale of revenge as a dish best served cold. If you've never had the pleasure of seeing this film which pits Jim Caviezel against Guy Peace, I couldn't recommend it more. 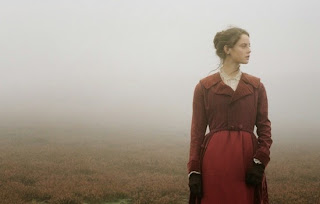 #3: Wuthering Heights (2011)
There are no shortage of film adaptations of Wuthering Heights, Emily Bronte's darkly romantic (as long as your idea of "romance" is fucked up and violent) tale of obsession and jealousy, but few have strayed as far from convention as Andrea Arnold's little seen 2011 version. Rather than casting your typical brooding, white hunk as Heathcliff, Arnold's version instead depicts him as Afro-Caribbean and born into slavery. It's a change that creates an often fascinating spin on the story compared to other film versions. 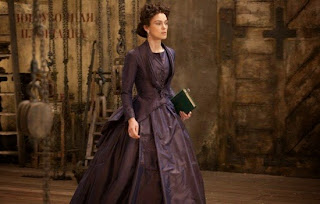 #2: Anna Karenina (2012)
Like his earlier Pride & Prejudice, Joe Wright's version of Anna Karenina was divisive, and arguably even more so due to its unconventional look. Eschewing realism in favor of a stylized aesthetic that turns it into a cross between a film adaptation and a filmed stage adaptation, Wright's audacious gamble pays off marvelously, even if the film is generally speaking horribly underrated and in definite need of a critical reassessment. 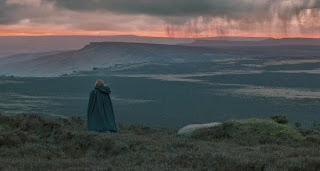 #1: Jane Eyre (2011)
One of my favorite films of 2011 and my favorite big screen adaptation of Jane Eyre. Mia Wasikowska is terrific as the eponymous heroine and Michael Fassbender is electrifying as her complicated (and problematic) love interest. Beautifully shot by Adriano Goldman and dynamically filmed by Cary Fukunaga, Jane Eyre is absolutely one of the best films of its kind ever made.
Posted by Norma Desmond at 8:00 AM

Just wanted to say that I have actually seen three of these (not Count of Monte Cristo or Wuthering Heights) and really agree with your assessments of them.

I loved the stylization of Anna Karenina, and while I didn't love the story...that isn't Wright's fault! Knightley was wonderful in this, I thought Law was not.

I enjoyed Jane Eyre a lot too. I loved the book and thought they did a really good job of compacting the film without losing too much. I agree with you about the beauty of the film.

I'll keep an eye out for the other films, hopefully they'll show up on cable soon!