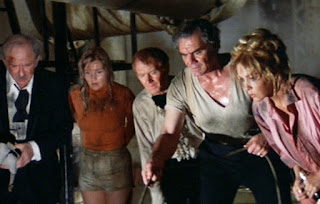 #5: The Poseidon Adventure (1972)
The Poseidon Adventure is a film that could easily have ended up being utterly ridiculous and cheesy. It is, after all, about a bunch of people trying to escape an ocean liner that has been flipped upside down in the Atlantic Ocean as a result of a tsunami. However, the film is packed with great character actors (including Gene Hackman, Shelley Winters, Roddy McDowall, and Ernest Borgnine) who find the right balance between acting in a fashion to meet the "bigness" of the production, while still crafting actual characters. The 2006 version might have better effects, but it's nowhere near the better film. 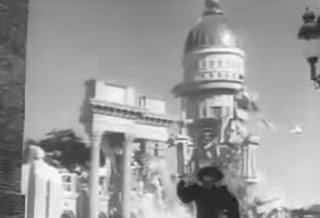 #4: San Francisco (1936)
The actual earthquake in the classic San Francisco only takes up a small portion of film's running time, but it's an intense and well-done sequence, particularly considering the time in which the film was made and the limitations in special effects compared to now. San Francisco was nominated for 6 Oscars, including a Best Actor nod for Spencer Tracy, and win for Best Sound Recording. 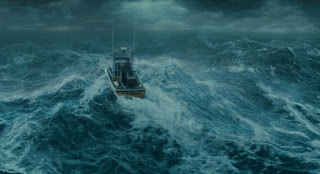 #3: The Perfect Storm (2000)
Big water + small boat = bad times. Wolfgang Petersen's film, which was based on the true story of the commercial fishing boat Andrea Gail, is a pretty great movie though (not to mention utterly terrifying when it gets to the storm sequence). 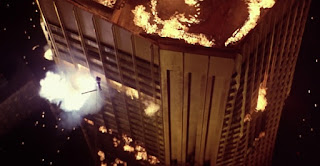 #2: The Towering Inferno (1974)
Any movie featuring Paul Newman and Steve McQueen is going to be worth a look (not to mention that it also stars William Holden, Faye Dunaway, and Fred Astaire... and, um, O.J. Simpson), but The Towering Inferno is pretty good even aside from that. Maybe not so good that it should have been in the running for Best Picture alongside The Godfather Part II, The Conversation and Chinatown, but good as a piece of pure entertainment. 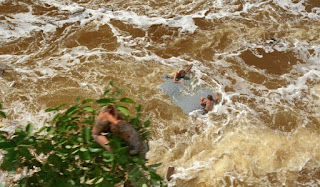 #1: The Impossible (2012)
Laying aside the controversies surrounding the fact that the film focuses on the experiences of a white family headed up by Ewan McGregor and Naomi Watts (Oscar nominated for her performance), one must admit that the effects work in The Impossible is astonishing. The sheer power of the tsunami as depicted in the film is astonishing, and the devastation left in its wake unfathomable.
Posted by Norma Desmond at 8:00 AM

I never even heard of 'The Impossible'. I've put it on Netflix to get