#5: Star Trek
The Star Trek film series was pretty much dead after 2002's Star Trek: Nemesis, so restarting it as a viable franchise required something pretty radical. 2009's Star Trek achieved that by taking the series back to the start and introducing a new cast as the classic, original characters. It paid off both critically and financially and the rebooted series is now heading into its third installment.

#4: Casino Royale
The James Bond series is the King of reboots, as the series essentially reboots itself each time a new actor takes over as the iconic character, but Casino Royale arguably had the steepest hill to climb to get to success. The first actor-to-actor transition to occur during the internet age, when judgments are made before a film has even finished casting (a blond James Bond? Unheard of!), not to mention coming off a version of the series that became almost a parody of the gadgets, girls, and action template, Casino Royale breathed fresh life into the series. 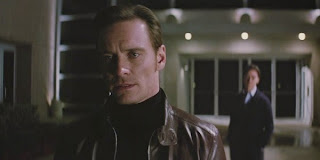 #3: X-Men: First Class
It's not quite the same situation as Star Trek, but it's similar in spirit. After 2006's X-Men: The Last Stand, it appeared as if the series might simply be handed over to Wolverine, but 2011's X-Men: First Class demonstrated that the series could go forward by reaching back to the past. The gambit paid off with critics and audiences, and the rebooted series was even able to merge with the original in First Class' follow up, Days of Future Past. 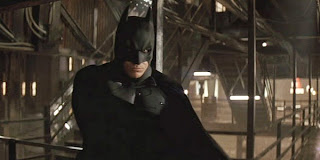 #1: Batman Begins
Could it be anything else? After Joel Schumacher buried the Batman franchise alive under miles of camp in 1997's Batman & Robin, Christopher Nolan successfully resurrected it by returning the series to its darker roots, turning away from the garish and cartooney vision established by Schumacher's films. Where Batman goes from here now that Zack Snyder has hold of the character remains to be seen, but Batman Begins will always stand as one of the great movie series turnarounds of all time.
Posted by Norma Desmond at 8:00 AM

When I clicked onto this page, Batman Begins was the first thing that popped into my mind. Great call. Honestly, I love all your choices.

It's sort of funny that one of the chief complaints about movies now is the lack of originality and the reliance on sequels, remakes, and reboots, yet the past few years have seen some really great reboots when you actually stop and think about it.