#5: The Day After Tomorrow
A silly movie about the increasingly important topic of climate change, but you can't say you don't get your money's worth out of this disaster movie that tosses pretty much every genre beat into its story and has some pretty nifty special effects sequences to boot. 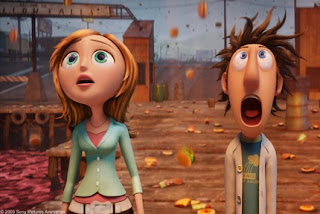 #4: Cloudy with a Chance of Meatballs
Giving new meaning to the word "extreme." It's all well and good when cheeseburgers are falling from the sky, but sooner or later you end up with a spaghetti tornado. 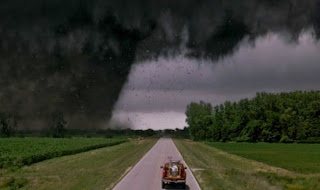 #3: Twister
Pure, dumb fun. The story is disposable, but the effects remain impressive, particularly for how well they hold up given the leaps and bounds films have made in that respect since Twister's release in 1996. 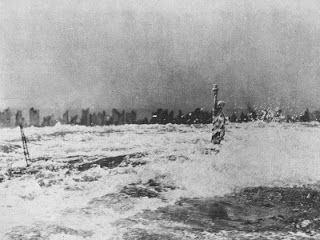 #2: Deluge
An old school choice, but an important one. The film was considered lost for decades until a print turned up in an archive in the 1980s, but that didn't prevent it from having a massive influence in the disaster and destruction realm of filmmaking. The section of the film in which New York is wiped out is particularly important in film history and directly influenced the similar sequence in The Day After Tomorrow. 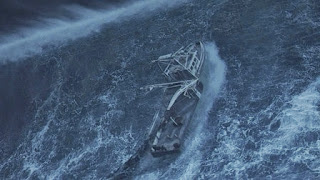 #1: The Perfect Storm
Wolfgang Petersen's The Perfect Storm is, well, just about perfect. The climactic sequence remains totally terrifying even 14 years later.
Posted by Norma Desmond at 8:00 AM