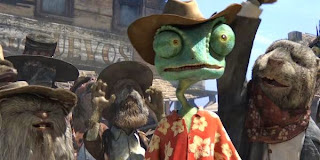 #5: Rango
Westerns don't get made very often anymore and western comedy hybrids get made even less, so Rango was a breath of fresh air in addition to being a playful celebration of the genre. 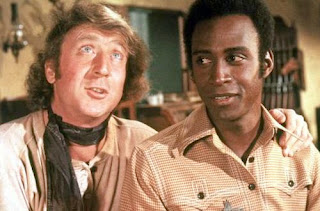 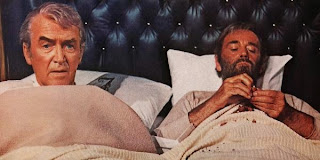 #3: The Cheyenne Social Club
James Stewart plays a cowboy on his last legs who learns that he's inherited a business from his now deceased brother. He brings pal Henry Fonda along to collect, only to get there and learn that the business is a brothel. Hilarity ensues. 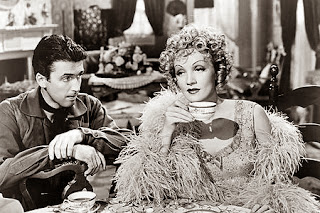 #2: Destry Rides Again
Call it a case of opposites attract: wholesome James Stewart and sultry Marlene Dietrich. It doesn't end happily for Dietrich, but she gets to go out in grand, memorable style, and up until then she and Stewart crackle on screen. 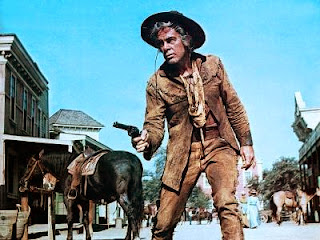 #1: Cat Ballou
Jane Fonda in the title role, the rare case where a woman is the star of a Western. Lee Marvin in his Oscar winning dual role as drunken gun fighter Kid Shelleen and metal-nosed antagonist Tim Strawn. A theme song which, once heard, will always reside somewhere in your head. A great comedy, a great western, a wonderful combination.
Posted by Norma Desmond at 8:00 AM