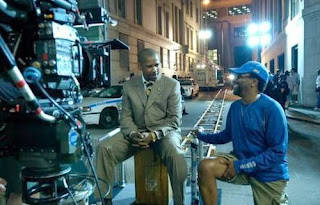 Spike Lee and Denzel Washington are both incredibly dynamic artists, the former a skilled and often polarizing filmmaker whose films can never be accused of lacking a voice (if anything, some of his efforts have too much to say about too many things), the latter one of the most charismatic and gifted actors of his generation. Sometimes when two such powerful artists collaborate their strengths end up cancelling each other out, but with Lee and Washington strength meets strength to create balance. It's hard to believe, then, that the two have only come together for four films, but what their collaborations may lack in quantity, they more than make up in quality. 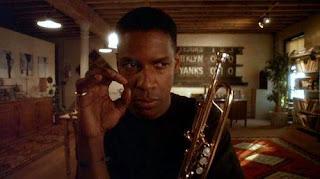 Mo' Better Blues (1990)
Mo' Better Blues is the film which first brought Lee and Washington together, released in the same year that Lee would be nominated for the Best Original Screenplay Oscar for his masterpiece Do The Right Thing and Washington would win the Best Supporting Actor Oscar for his performance in Glory. In comparison to those two films, each of which was so acclaimed, Mo' Better Blues might seem at first glance like a step back in terms of ambition, but that's to ignore how graceful the film is and how beautifully filmed. The stakes may not be as high, but Lee is certainly invested in his tale of a jazz musician whose personal life and professional ambitions collide, and Washington delivers a performance that screams "star" through and through. Though the film is more drama than comedy, Mo' Better Blues has moments which showcase Washington's often untapped facility with lighter fare. 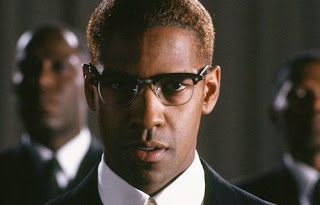 Malcolm X (1992)
Lee and Washington would reteam fairly quickly after their first collaboration and when they did, they created a masterpiece. Their biopic of activist Malcolm X is arguably second only to Do The Right Thing in Lee's filmography (some may reverse the two in the ranking) and it features one of the greatest performances Washington has ever given (that he didn't win the Oscar for this, though nominated, will always be baffling to me). Though its 200 minute running time may seem indulgent, Malcolm X carries its running time well, perhaps because its protagonist is so fascinating and its lead performance so compelling. I can't overstate how excellent Washington is here, or how great a job he and Lee do in depicting Malcolm X, drawing him with incredible amount of complexity. 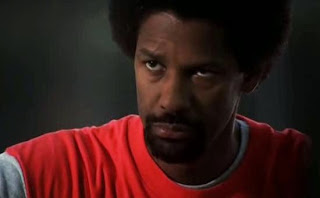 He Got Game (1998)
Six years after Malcolm X, during which Lee would direct six films and earn an Oscar nomination for the documentary 4 Little Girls, while Washington would solidify his status as an actor who could live in two worlds, as both a star (in films such as The Pelican Brief, Crimson Tide and Courage Under Fire) and a serious actor (in films such as Much Ado About Nothing and Philadelphia). Here they tell the story of a father and son, the latter working to secure his future, the former still dealing with the repercussions of the past. One of the interesting things about this film in comparison to Washington's previous work with Lee is that here Washington plays a character who is not the sun around which the other characters orbit. In Malcolm X and Mo' Better Blues, Washington plays a character who other characters are drawn towards; here that role is reserved for Ray Allen as the son, while Washington's character is more on the sidelines, trying to break in. Despite that, though, Washington delivers an intense performance that runs the gamut of emotions, and Lee is able to give him the room to do so. 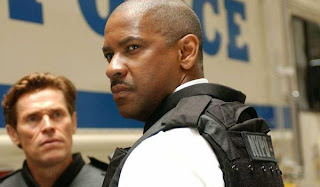 Inside Man (2006)
Lee isn't exactly known for making genre films, but this bank heist thriller is genre all the way, albeit with a few of Lee's signature flourishes. Here Washington does a riff on the archetypal cop role, playing a hostage negotiator trying to unravel the plans of a thief played by Clive Owen. Of all the films that Lee and Washington have made together, this one is probably the most "fun," a slick and efficient piece of work in which an all-star cast (which includes Jodie Foster, Chiwetel Ejiofor, Willem Dafoe, and Christopher Plummer) truly delivers. One of the reasons why this film works so well is that neither Lee nor Washington rest on the laurels of the genre, putting their own distinct spin on the heist story and the hero, respectively. They aren't reinventing the wheel with Inside Man, but they're also far from phoning it in and letting genre conventions do all the work.

As I said at the top, given how successful their work together has been, it's surprising that Lee and Washington have only made four films together since first teaming up 24 years ago. It's now been eight years since their last film together and, at the moment, it looks like there aren't any collaborations on the horizon, either. That's unfortunate but, fingers crossed, hopefully not a permanent state of being. Lee and Washington have been very good working with others, but there's a certain magic to it when they work together.

Next Time: Wilder and Lemmon
Posted by Norma Desmond at 8:00 AM