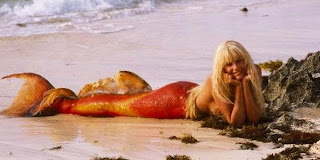 #5: Splash
Let's kick things off with a literal fish-out-of-water story. This romantic comedy from Ron Howard and starring Daryl Hannah and Tom Hanks was one of the biggest hits (both commercially and critically) of 1984 and remains an eminently charming film. 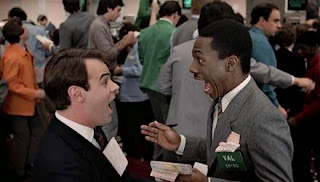 #4: Trading Places
Two fish out of water for the price of one. This classic comedy in which Eddie Murphy and Dan Aykroyd find themselves the target of an elaborate prank which finds one going from prince to pauper and the other going from pauper to prince is a thoroughly entertaining film. 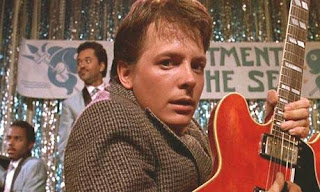 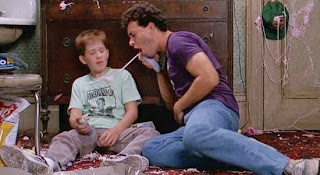 #2: Big
No matter how many great movies he's made since, Big is always going to be one of Tom Hanks' best. Let's just hope this fable about a boy who accidentally wishes himself out of his own life and into another escapes the recent spate of 80s movie remakes. 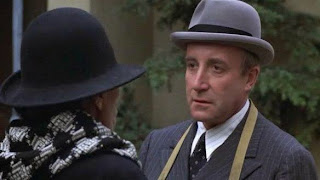 #1: Being There
He likes to watch... and watch... and watch. All he knows are the world as seen on TV and the way of life behind the walls of his employer's estate. Thrust out into the real world to sink or swim, he swims against all odds.
Posted by Norma Desmond at 8:00 AM