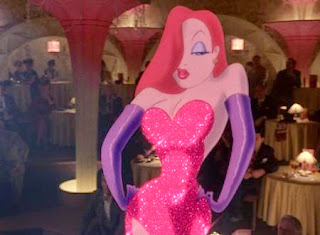 #5: Kathleen Turner, Who Framed Roger Rabbit?
She's not bad, she's just drawn that way. Part Rita Hayworth, part Veronica Lake, but nothing without the sultry voice work by Kathleen Turner, which truly turns this animated character into a femme fatale who could compete with the best of the bad girls from film noir. 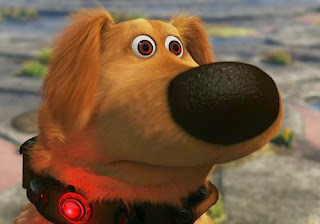 #4: Bob Peterson, Up
If dogs could talk, they would probably sound a lot like Dug. Simple, scattered thoughts, enthusiastically expressed and - Squirrel! 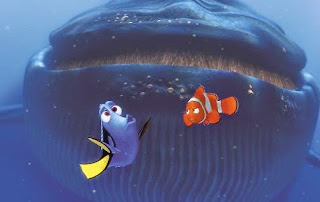 #3: Ellen Degeneres, Finding Nemo
Dory may not be the title character, but thanks to Ellen Degeneres' heartfelt and funny performance, Dory is the face of the Nemo story. There's a reason why Dory is anchoring the film's sequel, Finding Dory, and it's because of Degeneres' indelible contribution to the original. 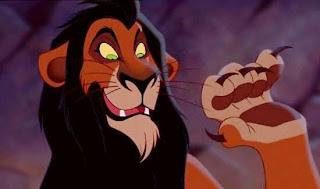 #2: Jeremy Irons, The Lion King
Scar is one of the all-time great Disney villains and that's due in no small part to Jeremy Irons' deliciously sinister performance. For a story that has more than a few similarities to Hamlet, Irons was the perfect choice for the ambitious and acidic villain. 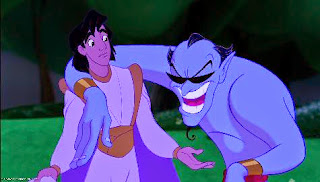 #1: Robin Williams, Aladdin
The Genie basically is Robin Williams, a feature length riff on Williams' persona. I don't think any actor has ever made a bigger impact as an animated character.
Posted by Norma Desmond at 8:00 AM