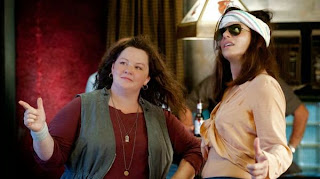 #5: The Heat
Sandra Bullock and Melissa McCarthy have both been on a roll, so it's no surprise that the film which brought them together is a comedic force to be reckoned with. Foul mouthed, action packed, and wildly funny, The Heat puts a new spin on the buddy cop subgenre. 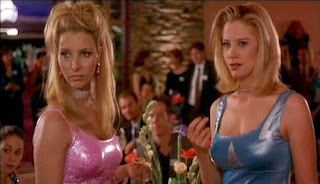 #4: Romy and Michele's High School Reunion
Romy and Michele's story of lifelong best friends and former high school misfits would be a success on the strength of Lisa Kudrow and Mira Sorvino's chemistry alone, but it stacks the deck by throwing in a killer supporting performance by Janeane Garofalo. Heather Mooney forever! 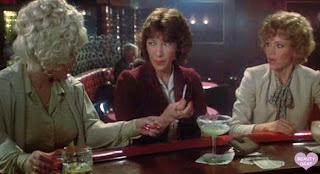 #3: 9 to 5
Kickin' it old school for the film which paired Jane Fonda, Lily Tomlin and Dolly Parton in a story of wacky revenge hijinks. To those who will now have that song stuck in their head for the rest of the day, I apologize. 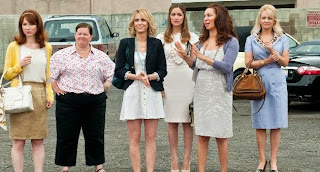 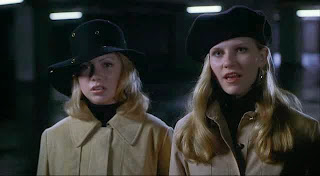 #1: Dick
If you've seen this movie, you require no explanation. If you haven't seen this movie... go track down a copy of this movie and watch it immediately. A comedic re-imagining of the Watergate scandal in which "Deep Throat" turns out to be two teenage girls, one of whom develops a crush on Richard Nixon, Dick is a sharp and almost ruthlessly charming film.
Posted by Norma Desmond at 8:00 AM