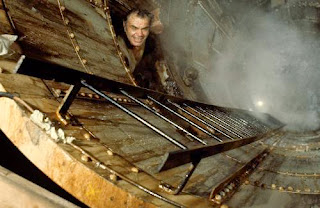 #5: Ronald Neame
As a cinematographer, Ronald Neame helped bring to life such films as Blithe Spirit, In Which We Serve and Major Barbara. As a director, he would be responsible for such films as I Could Go On Singing, The Prime of Miss Jean Brodie, Scrooge, The Poseidon Adventure and The Odessa File. 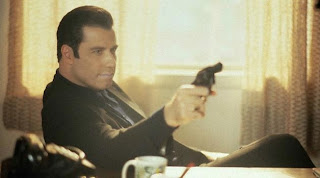 #4: Barry Sonnenfeld
As a cinematographer his credits include a trio of Coen brothers films - Blood Simple, Raising Arizona and Miller's Crossing - as well as Big, When Harry Met Sally... and Misery. His directing career has been more of a mixed bag, but surely the awesomeness of such films as Get Shorty and Men In Black can make up for some of his lesser titles (like the subsequent Men In Black films...)

#3: Jack Cardiff
Cardiff's long screen career began with acting in 1918, transitioned to cinematography in 1935, and then to directing in 1958. As a cinematographer he helped bring to life such masterpieces as Black Narcissus, The Red Shoes and The African Queen. His work as a director features fewer well-known titles, but includes Sons and Lovers, for which he received an Oscar nomination as Best Director. 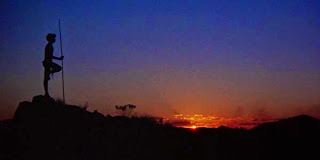 #2: Nicolas Roeg
As a cinematographer, Nicolas Roeg had a hand in such films as Lawrence of Arabia, Fahrenheit 451 and Far From the Madding Crowd. As a director, he's responsible for such seminal auteur era films as Walkabout and Don't Look Now, and influenced such filmmakers as Steven Soderbergh, Christopher Nolan, and Danny Boyle. 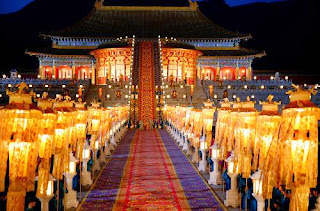 #1: Zhang Yimou
Zhang Yimou only worked as a cinematographer on 4 films before transitioning to directing, but there's no doubt that he brings a cinematographer's eye to his films, which are some of the most stunningly beautiful films of the last 30 years and include Raise the Red Lantern, House of Flying Daggers and Curse of the Golden Flowers.
Posted by Norma Desmond at 8:00 AM