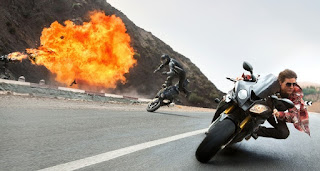 #5: Mission Impossible: Rogue Nation
It was a close call between Rogue Nation and Jurassic World as I whittled the long list down to the final list, but ultimately I've got to give Tom Cruise's big summer hit the slightest of edges over Chris Pratt's. Jurassic may have had dinosaurs, but it also had one of the dumbest endings I've ever seen in a movie I otherwise really liked, whereas Rogue Nation is a film I thought was consistently awesome from beginning to end, and I sincerely hope that Rebecca Ferguson returns for the next M:I installment. 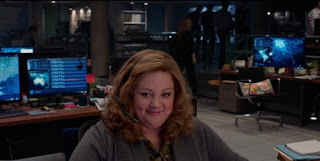 #4: Spy
I'm apparently predisposed to like Melissa McCarthy movies anyway (I even enjoyed last year's Tammy), but Spy was easily one of the most entertaining movies I saw all summer. A great showcase not only for McCarthy, but for co-stars Jason Statham, Rose Byrne, and Miranda Hart as well, Spy is one of the best comedies of the year so far. 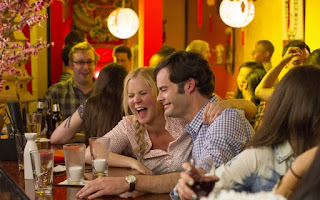 #3: Trainwreck
A star is born in Amy Schumer, the writer/star of Judd Apatow's latest film. The romantic comedy genre fell out of favor a while ago (once a staple of every major studio's yearly output, romcoms have become increasingly few and far between in theaters), but Trainwreck gave it a nice shot in the arm this summer, becoming the first entry in the genre to crack $100 million at the box office since 2012.

#2: Mad Max: Fury Road
Mad Max got the summer movie season started off right, offering plenty of thrills in a story that is, essentially, wall-to-wall action for 120 minutes while also managing to do some great world building, exploring interesting themes, and featuring arguably the most fascinating female character in film this summer. 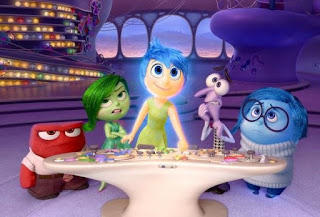 #1: Inside Out
The first of 2 Pixar movies slated for release in 2015, Inside Out isn't just my favorite movie of the summer, but I suspect that come year end it will remain pretty high on my list of favorites for the year. Beautiful and moving, Inside Out is one of Pixar's best films to date.
Posted by Norma Desmond at 8:00 AM