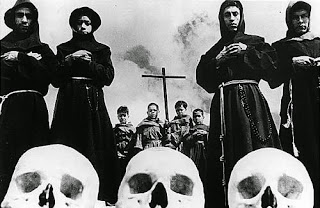 #5: Que Viva Mexico!
Just the description of Sergei Eisenstein's Que Viva Mexico makes it sound unfathomably unwieldy: an epic story encompassing Mexican culture and politics spanning the pre-Conquest era through to the Mexican Revolution, for which Eisenstein shot somewhere between 30 and 50 hours worth of footage. Before the film could be completed Eisenstein was recalled to the USSR, following which he was denied entry to the US to edit the footage and no agreement could be reached to send the footage to the USSR to be edited. A version of the film was released in 1979, 31 years after Eisenstein's death, but you can't help but wonder how it would have looked if the director had been able to put together his own final cut. 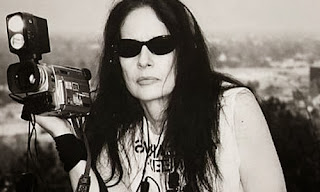 #4: Uncle Tom's Fairy Tales
Penelope Spheeris (best known, depending on your sensibility, for the documentary The Decline of Western Civilization or for Wayne's World) was still a film student when she made this film, which starred Richard Pryor, in 1968. It was destroyed before its release when Pryor, after having an argument with his wife, shredded the negative, though some footage resurfaced in 2005 and sparked a lawsuit against Spheeris and Pryor's daughter, Rain. All of which only makes the whole endeavor seem even more interesting. 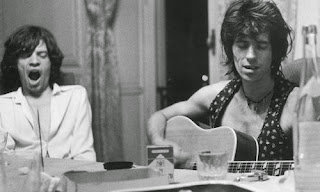 #3: Cocksucker Blues
Cocksucker Blues is a documentary about The Rolling Stones, detailing their 1972 tour of the US for their album "Exile on Main Street," and the band apparently found it so objectionable that a court order was put in place prohibiting the film from being screened more than four times per year and only in the presence of the director, Robert Frank. While it never received an official release, the film can be seen in bits and pieces on Youtube for anyone curious about what The Rolling friggin' Stones could have found so unsavory. 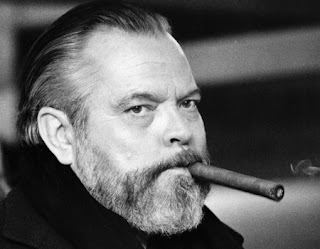 #2: The Other Side of the Wind
Orson Welles was a master. Even his failures contain masterful strokes within them. His The Other Side of the Wind, a film about Hollywood and the transition from the studio system to the auteur era, was shot between 1970 and 1976 and then ended up in a bizarre, decades long legal tangle after the Shah of Iran was overthrown and as a result of the film being partially financed by the Shah's brother-in-law. As of this year, Peter Bogdanovich and producer Frank Marshall are apparently working on putting together a cut of the film with plans to release it on the 100th anniversary of Welles' birth in 2015. 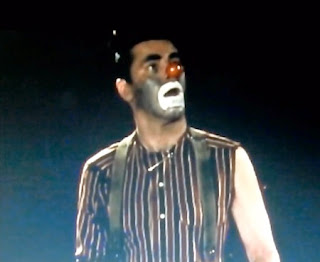 #1: The Day the Clown Cried
Arguably the most famous unreleased movie ever made, Jerry Lewis' film about a clown in a Nazi concentration camp is one of Hollywood's most notorious pictures. It was plagued by money problems during production and since its completion has been more or less disavowed by Lewis, who doesn't even talk about it except to express the opinion that it's a bad film which will never be seen by the public.
Posted by Norma Desmond at 8:00 AM

I've been dying to see The Day the Clown Cried since I first heard about it years ago. It just sounds so bizarre. I'm a huge Pryor fan so I'd love to see that one, too. Will we be adding The Interview to this list?

Depends on how "permanent" the shelving turns out to be...