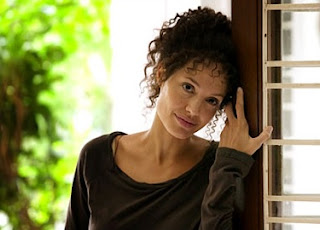 #5: Angelina Jolie in A Mighty Heart
I realize that Mariane Pearl gave her blessing to being portrayed by Angelina Jolie in A Mighty Heart but still... c'mon. There aren't many good roles for women in Hollywood generally, but there are even fewer for women of color. Jolie got good reviews and netted nominations for various awards (including the Golden Globe and Screen Actors Guild), but that doesn't make it okay. 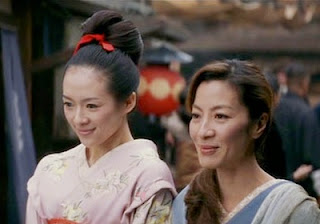 #4: Zhang Ziyi, Michelle Yeoh, and Gong Li, Memoirs of a Geisha
The characters in Memoirs of a Geisha are Japanese. Zhang Ziyi and Gong Li are Chinese, while Michelle Yeoh in Malaysian. The "any Asian will do" attitude towards casting in Memoirs of a Geisha perfectly exemplifies how tone deaf Hollywood can be when it comes to things like this, opting for actors who would be at least somewhat familiar to domestic audiences regardless of the appropriateness of the casting. I'm sure that if they could've gotten away with it the film would have starred Reese Witherspoon, Nicole Kidman, and Julia Roberts. 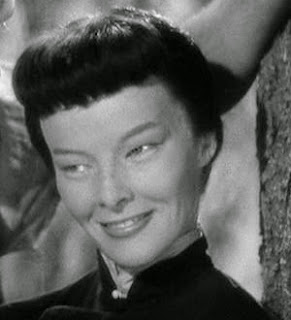 #3: The Decades Long Love Affair with "Yellow Face"
There's no shortage of very white, old Hollywood stars who donned make up to make themselves look "Asian." Luise Rainer won an Oscar for doing it in The Good Earth, alongside Paul Muni, Katharine Hepburn did it in Dragon Seed, Marlon Brando did it in The Teahouse of the August Moon, Rex Harrison played the King in Anna and the King of Siam and John friggin' Wayne played Genghis Khan in The Conqueror. "Yellow face" still sometimes happens, but thankfully it's not the free-for-all it once was. 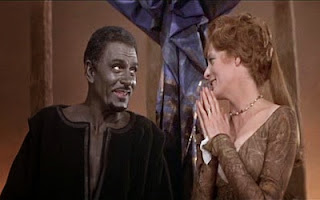 #2: Laurence Olivier, Othello
Yes, Laurence Olivier was the guy when it came to film adaptations of Shakespeare. Yes, he is not the only white actor to put on blackface portray the lead in Othello. Yes, he received an Oscar nomination for his performance. But ohmygod blackface? In 1965? That was waaaay past the time when blackface should have been in any way socially acceptable. 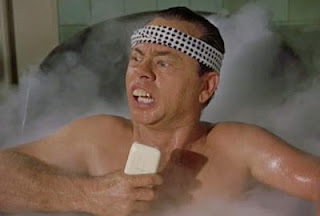 The "any Asian will do" thing goes on a lot even now especially in regards to Chinese and Japanese characters. Actors of either descent are used interchangeably. Thank goodness we don't see yellow face...or black face...anymore. So yeah, you're dead on about Olivier in Othello. What a great post. Do you mind if I steal this idea for my own blog?

Sure, go ahead. Unfortunately, though, yellow face does still happen. I guess it's not considered quite as controversial as black face, for some reason.