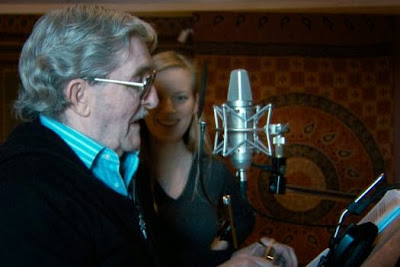 There's a line in No Country For Old Men when Sheriff Ed Tom Bell is asked if a story he's just told is a true story, and he replies that it's true insofar as it's a story. It's a line that always comes to my mind whenever a story is billed as being true, as having actually happened, or as being based on actual events. It's true, but it's "true" because a story being told is always told from a specific and limited point-of-view, one which can relate reality as the teller sees it but which may, without being a lie, differ greatly from someone else's telling of the same event. Sarah Polley's third feature as a director knows and exploits this fact to perfect effect, telling not one true story but a story mosaic concerning the same core events. It's a moving and skillfully crafted picture that confirms Polley as one of the most interesting and exciting emerging filmmakers working today.

Stories We Tell begins as an exploration of the marriage of Polley's parents, Michael and Diane Polley, and the void left in the Polley family on Diane's death. From the outset, the film presents a contrast of perspectives, with Polley's interviews with Michael, as well as her siblings, Susy, John, Mark, and Joanna, presenting differing views of the family unit. Michael states that he feels he played an equal part in parenting the children in his interview, Joanna laughs in hers and states that it was Diane who did the lion's share of the parenting; Michael states that Diane had no idea that her fight with cancer would claim her life, John emphatically states that everyone, including Diane, knew Diane would succumb to the illness. What everyone seems to agree on is that, though the family was generally happy, there was a degree of discord in the marriage and that Michael was never quite able to show Diane the level of affection she desired, though it seems apparent from the way he speaks of her that he at least felt it. What was lacking in the marriage helped give rise to what would become a family in-joke in which the rest of the siblings would tease Sarah about how little she resembled Michael and joke about who her biological father might be. Though this line of speculation seems to have been light-hearted, its roots ran deep - to half a conversation overheard by one of the siblings, a period of marital separation while Diane starred in a play in Montreal, and, finally, the seemingly open secret of an affair.

It's at this point that Stories We Tell begins to turn from biography to autobiography, as Sarah increasingly becomes the subject - or, at least, to share the status as subject with Diane. Sarah eventually sought out the truth, first tracking down the man her family so often joked must be her father, and then tracing other lines of rumor and coming to Harry Gulkin, a film producer who reveals that he had a long-term affair with Diane. On meeting Harry, Sarah feels an immediate kinship with him (the scene of their meeting is recreated in the film, with voice-over description by Harry), a connection later confirmed by DNA testing. Through Harry, Sarah learns of a different side of her mother, a new version of stories she thought she already knew, creating a competing narrative that brings new shading to the version of events presented by Michael, by her siblings, and by friends of Diane. There is no one story here, but multiple perceptions about a series of events, each perception purported to be the "true" version according to the storyteller to whom it belongs. Even when the film comes to the end of its narrative, when the tellers have seemingly all had their say, Stories We Tell throws in a coda which upends that notion and perfectly so. The ending of this film is arguably one of the best film endings of the year.

In unfolding the film, Polley makes use of one-on-one interviews, video footage and family photos, and recreations shot both with the actual players, and with actors and a Super-8 camera to make the scenes look like home movies. Since remembering is itself an act of reconstruction, Polley's foregrounding of the act of filmmaking and storytelling (the film opens with Michael reciting a passage from Margaret Atwood's novel, Alias Grace: "When you're in the middle of a story, it isn't a story... It's only afterwards that it becomes anything like a story at all, when you're telling it to yourself or someone else.") serves the emphasize that fact. The versions of events related here may not always match up, but each version is true to its teller, with different things standing out in his or her memory as crucial to the telling. This is never more true than when contrasting the stories of the two men at the center of the film - the father who raised her and the father who sired her - both of whom are given equal weight by Polley. The events being related in Stories We Tell have the makings of tragedy, but there's so much warmth in the film that those things merely bring color to the facts at hand.

Stories We Tell presents a mix of techniques and a mix of tones, both of which are very successful. The film is sometimes very funny, sometimes a little heartbreaking, and often quite moving, firmly demonstrating Polley's skill as a storyteller. She of course started out strong with her debut feature, Away From Her, but Stories We Tell shows that she's continuing to grow as a filmmaker, and at a very fast rate. It will be interesting to see where she goes from here and what she tackles next, having now made three features which, while they share some themes, are ultimately very distinct from each other. Watching Stories We Tell, I was struck by how Polley's exposing of the tricks of filmmaking, simultaneously showing you the trick and how the trick is performed, seemed to make those tricks more effective and more enthralling. I think it takes a filmmaker with a great deal of confidence in their abilities to be able to pull that off, and Polley's confidence in herself is not misplaced. Stories We Tell is a great film by any measure.
Posted by Norma Desmond at 8:54 PM