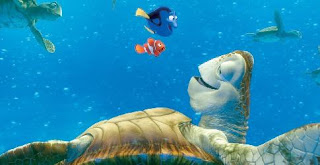 One of Pixar's greatest achievements (and that's really saying something), Finding Nemo is a transcendent film that can be enjoyed at any age. Its story may be conventional but between the beautiful animation and the passion that so obviously went into it, the film rises above the simple terms in which it is told and gains depth and meaning. 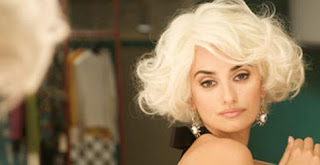 If there is a director who had a better decade than Pedro Almodovar, I'd love for you to point him or her out to me. As far as I'm concerned, Almodovar produced nothing but great work between 2000 & 2009. Re-teaming here with Penelope Cruz, he tells a story of love and obsession, weaving in references to everything from Douglas Sirk to Peeping Tom. Per usual there's much more going on in the story than is immediately apparent and, per usual, watching Almodovar unfold his narrative is a treat. 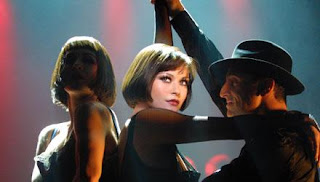 The musical is back! People say that after any even mildly successful big screen musicals, but Chicago is the only one that made me believe it, even if only for a minute or two. Hard edged with a soundtrack full of memorable numbers, this tale of dirty showbiz politics and even dirtier scandal rag reporting is a film worth watching over and again. Renee Zellweger turns in a great performance as wannabe startlet Roxie Hart, but Catherine Zeta-Jones owns the show as vampy Velma Kelly. 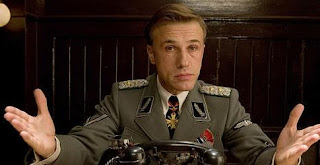 Quentin Tarantino's ahistorical World War II epic is a thing of beauty. Having freed himself from the constraints imposed by facts, he allows the story to culminate in an explosive act of "Jewish vengeance" that reimagines the end of the war in the European theater. In Shoshanna Dreyfuss and Lt. Col. Hans Landa, Tarantino creates two of his most compelling characters ever and with the film itself he rewrites the rules of WWII movies. 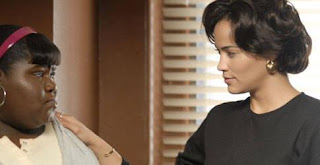 Unrelentingly grim, Precious can be an incredibly difficult film to watch. Certainly few stories are as hard on their protagonists as this one which finds Precious enduring physical and sexual abuse, illiteracy, poverty, teenage pregnancy, and HIV. There is a great deal of darkness here - but there is also light. Despite all she endures, Precious is still able to imagine better for herself and finds people who want to help her achieve better. There is no deus ex machina at the end -things remain bleak even as the screen fades to black - but there is hope and that is, indeed, precious. 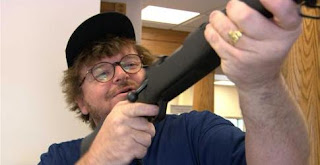 One of the most divisive filmmakers working today, Michael Moore's tactics are controversial but his results are undeniable. The success of Bowling For Columbine changed the way that documentaries are received in the mainstream. No longer considered simply a niche genre, documentaries are now seen as commercially viable and that's thanks - at least in part - to Moore's P.T. Barnum-like showmanship. Here he employs a number of different storytelling techniques in order to make his point and though the stunts he engages in throughout are infuriating to some, the sequences where he dials down the flash are often powerful. 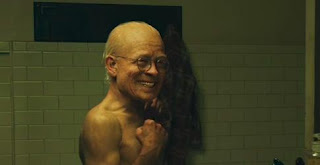 David Fincher's take on The Curious Case of Benjamin Button is, admittedly, a bit uneven but through its exploration of the relationship between Daisy and Benjamin, who is physically ageing backwards, the film captures something elusive and beautiful. It's not that nothing perfect lasts but rather that nothing perfect remains static - no matter how hard we try, the march of time will pull us forwards (or back) and change the circumstances of that perfect thing. Brad Pitt and Cate Blanchett each render moving, layered performances and Fincher constructs scenes of startling beauty. 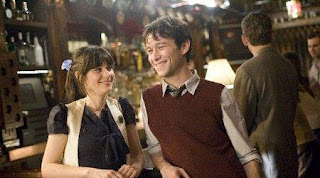 This is not a love story, it's the story of the one that got away. Told in non-chronological fashion to show a series of vignettes in the relationship between romantic idealist Tom and more the cynical Summer and using various techniques including fantasy, split screens, and a musical number, the film captures the incredible highs of being in love and the crushing lows of being disappointed in love. Having more in common with classic Woody Allen than contemporary romantic comedies, (500) Days of Summer will likely have staying power. 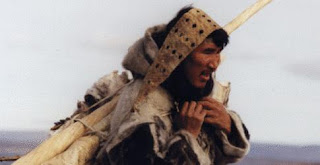 The Fast Runner is a film unlike any you've seen before. Rooted in an inuit legend about an evil spirit that causes strife in a community, the film weaves a spell as it follows Atanarjuat, who must overcome many obstacles in order to defeat the spirit and emerge victorious. Though very slow moving for the most part, it has a vigoruous spirit and sequences that soar off the screen and into memory. 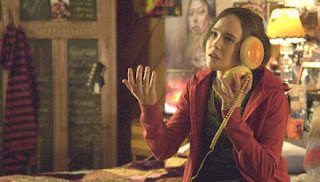 Honest to blog! It's a shame when a movie that deserves hype goes on to become so overhyped that sentiment starts to turn against it. Let's focus on the positive: a great, starmaking performance from Ellen Page, a moving though underappreciated supporting performance by Jennifer Garner, a script by Diablo Cody which, while admittedly a bit over the top and schticky at first calms down considerably as the story gets rolling. The film finds a nice balance between comedy and drama and its eponymous protagonist is one of the most nicely drawn female characters of the decade.

After watching it a second time, "500 Days of Summer" is definitely one of the best films of 2009. It truly never hits a false note.

@Mike Lippert: It's definitely one of a kind. I can't think of another movie that's really anything like it.

@Danny King: While I think there are some legitimate criticisms out there concerning Summer, the film ultimately really works for me.

I can't support 500 Days of Summer the way most filmlovers seem to. The charm of its leads is considerable, certainly, and I liked its style, but Summer herself is too underwritten.

I'm unfamiliar with Atanarjuat, but it sounds very interesting!

@Alex: I agree that Summer is underwritten but I think that's because we see the movie through Tom's eyes and he's so enamoured with her that he never really sees beyond his own feelings for her to actually see her.

If you can track down a copy of Atanarjuat it's definitely worth a look.