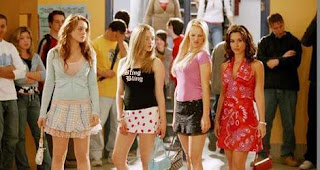 Let us not think about what has become of Lindsay Lohan and instead remember that time when she was an up-and-coming actress starring in one of the smartest teen movies ever made. A sly dissection of a particular facet of girl culture, Mean Girls highlights the ridiculousness of the characters' high stakes drama by viewing it anthropologically through the eyes of a girl for whom such social maneuvering is an entirely foreign concept. Without sacrificing comedy for the sake of intelligence (or vice versa) it is an enormously quotable movie that hasn't lost any of its spark despite numerous imitators on TV and film. 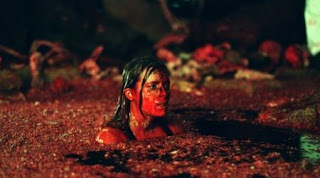 A cerebral horror film that is as much about a caving expedition gone wrong as it is about its protagonist's journey to the depths of her subconscious and back again (or not? The US cut makes room for a sequel, the UK cut has a more solemn ending). Working with the notion that what you don't see is always scarier than what you do see, Neil Marshall limits our view of the surroundings and takes his time introducing the cave creatures, making their impact all the more intense. Add in that rarity of rarities - a couple of great female characters - and you've got a first rate movie experience. 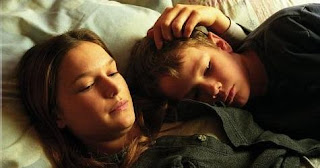 A quiet and affecting drama about a family coming apart at the seams. It simply and effectively depicts the bonds created by shared tragedy, the intensity and complexity of familial relationships, and it deals with developing sexuality in a frank and honest way. Great performances from Callum Keith Rennie, Jane McGregor and Colin Roberts, whose performance is all the more amazing when you consider that he was only about 8 years old at the time and more or less carries the film. 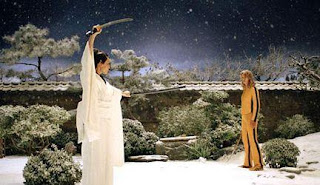 A lot of people write Quentin Tarantino's films off as being nice to look at (and listen to - the man knows good dialogue) but ultimately meaningless. There's a degree to which I agree with that - even his best films don't go much deeper than their surfaces - but, on the other hand, so what? He's one of the most technically sublime filmmakers working today and his work is filled with beautifully constructed set pieces. The Kill Bill films are no exception, stacked from start to finish with memorable sequences filmed in interesting ways. Is it a simple revenge tale? Maybe. Visually, it's a work of art. 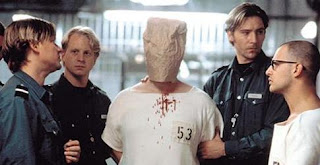 Before he made Downfall director Oliver Hischbiegel made The Experiment, a gripping story based on the Stanford Prison Experiment of 1971. In the film 20 men participate in a research experiment, some playing the role of prison guard, others playing the role of prisoner. Very quickly the prison guards go mad with their own sense of power and the researchers' ability to control their subjects is lost, leading to scenes of increasingly intense physical and psychological torture of the "prisoners." It's central question - are human beings naturally good or are we only as good as the societal bonds that keep us in check - is truly horrifying to ponder. 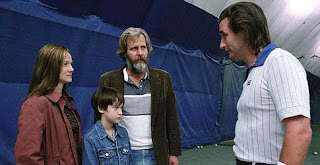 For many of us, our parents are our first idols and growing up and having them fall from their lofty pedestals can be a painful process. I don't think I've ever seen a film articulate that journey better than The Squid and The Whale, in which a teenage boy discovers that the father he's modelled himself on is not the faultless being he's always imagined. Unafraid to allow his characters to be unlikeable, Noah Baumbach strikes a chord of truth which is sometimes difficult to bear and creates an unforgettable film in the process. 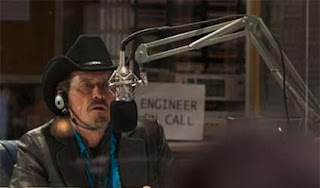 "It's not the end of the world, it's just the end of the day." Maybe, but maybe not. In Bruce McDonald and Tony Burgess' take on the zombie genre a virus spreads through a small Ontario town, infecting people vie the English language. The only safe place is the radio station... and not for long. McDonald's minimalist style creates a claustrophobic feeling and an escalating intensity that results in a genuinely scary film even without a ton of gore. Plus, it will make you wish that Stephen McHattie had his own radio show. 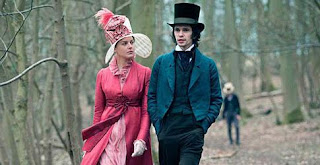 Jane Campion's telling of the love affair between John Keats and Fanny Brawne came and went from theaters, but if you were fortunate enough to see it then you know how indelible some of its images were. Campion isn't a flashy filmmaker and often doesn't get credit for being the great visual stylist that she is, but Bright Star is a beautiful film to look at. With an extraordinary performance by Abbie Cornish at its core (and a brilliant supporting turn by Paul Schneider), this story of the woman behind the famous man becomes particularly powerful. 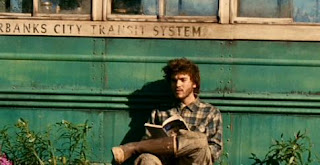 Into The Wild is the worst kind of man vs. nature story: the kind where the man believes that nature is on his side and discovers too late that it is not. In his desire to leave the trappings of the modern world behind and lead a simple life, Chris McCandless discovers a hard lesson: people need each other in order to survive. As his adventure turns into a series of hardships and disasters, director Sean Penn focuses not only on McCandless' pain, but the pain of those he's left behind. It is the story of a man, but also of society without him. 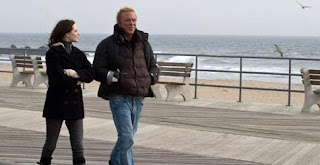 In his most straightforward narrative to date Darren Aronofsky tells the story of a man who has been written off and captures a brilliant performance by an actor many had written off. The tagline for the film states simply: "Love. Pain. Glory." - "Pain" probably should have come first since Aronofsky isn't shy about showing the physical injuries that Randy inflicts on himself in exchange for being allowed to entertain - and those are just the scars you can see; the emotional and psychological scars run even deeper. It's not an easy movie, but it's definitely a winner.

There's a remake of the Experiment in the works. I covered the script last year. I haven't seen the original but it was good. Nice list so far, I like the variety.

I've heard of the remake - it stars Adrien Brody, I think? It will be interesting to see what changes they make to the story.

As for the list, I tried to be as inclusive as possible in terms of genre, language, etc.

Awesome selections so far. I really loved Pontypool, and I'm glad you called attention to Bright Star, which really is a visually striking film and Abbie Cornish is wonderful in it.

I really have to get on seeing Das Experiment, don't know why I've put it off for so long.