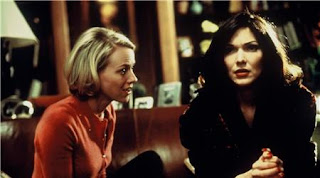 David Lynch’s challenging masterpiece is the kind of movie you can watch a hundred times without ever fully unlocking its mysteries. With an absolutely dazzling, star making performance by Naomi Watts at its centre, Mulholland Drive unfolds as a nightmare vision of Hollywood’s dark side full of intrigue, sex and murder. The plot is open to interpretation, though the general consensus seems to be that the first 2/3rds are a dream, the finale reality, played out as a frenzied reflection of the heroine’s increasingly fraught mental state. Whatever the answer, the result is a film that is endlessly entrancing. 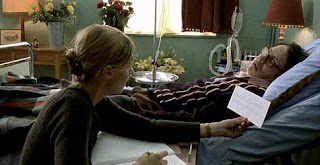 The fact that The Diving Bell and the Butterfly was able to transition from book to film at all is kind of amazing. This is the story of a man trapped inside his own body, whom a stroke leaves entirely paralyzed save for one eye and his mind. A system of communication is developed which allows him to dictate his memoirs by blinking – and we see this all from his point of view, trapped inside with him. Like a dream unfolding and floating before us, Jean-Dominique recalls moments in his life, particularly those moments with the women he’s loved. It’s a beautiful, poetic and, ultimately, life-affirming film. 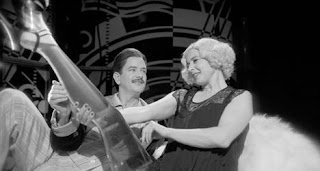 It can’t be said often enough: Guy Maddin is a crazy genius. Designed to look like a restored classic, The Saddest Music In The World unfolds like a fever dream of odd, fascinating images. There’s Isabella Rossellini with glass legs filled with beer, performers from around the world engaged in a musical battle royale, and black-clad Roderick who carries his late son’s heart in a jar, preserved by his own tears. Switching easily between color and grainy black and white and unrolling on a wave of the bizarre, this is a film that you won’t soon forget. 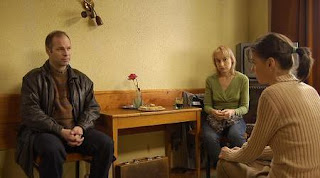 Hard – that’s perhaps the best word to sum up this film. There’s certainly nothing easy about it. Set during Ceausescu’s rule of Romania, when abortion was against the law, two women set about arranging a back alley procedure which results in sexual exploitation and near death. The film is an indictment of anti-abortion laws which, contrary to their intentions, do little to actually prevent abortions and instead simply disenfranchise women, particularly those in impoverished circumstances. As the driving force of the narrative, Anamaria Marinca becomes an unlikely hero and delivers a great, criminally unlauded, performance. 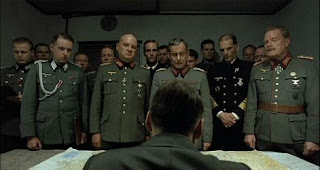 This grim story about life on the losing side is, quite simply, one of the best war films ever made. Caught in the middle as Allied troops close in on every side, the citizens of Berlin watch their society devolve before their very eyes as people savagely turn against each other in lawless brutality. Meanwhile, underground in the bunker, Hitler continues to give orders as though the world is still in his grasp, what remains of his sanity slowly slipping away. As Hitler, Bruno Gantz renders a great performance, but the most resonant moments come from the documentary footage of Traudl Junge, Hitler’s former secretary, which opens and closes the film. 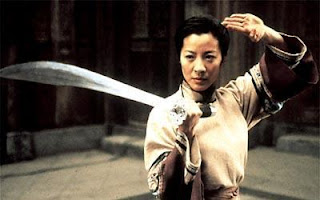 Crouching Tiger, Hidden Dragon is a film worth revisiting time and again. Its main attraction is the spectacular martial arts scenes (many of which defy the laws of gravity), but its power lies in its duelling tales of passionate and restrained love. There are many layers to this story, which is so beautifully brought to life in every aspect. This is a positively sumptuous visual experience and the performances by Chow-Yun Fat and Michelle Yeoh as the tragic lovers resonate. Ten years later, Ang Lee’s masterpiece has lost absolutely none of its magic and still flies above and beyond the competition. 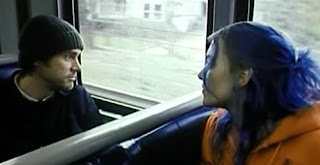 A love story and a cautionary tale that tests the theory that it’s better to have loved and lost than never to have loved at all. If you could erase the memory of the person you loved but who broke your heart, would you? Such is the opportunity put to Joel and Clementine, two opposites who first attract and then repel and then, once erased from each other, attract once again. Michel Gondry and Charlie Kauffman supply the visual and narrative tricks, but Jim Carey and Kate Winslet supply the humanity in the ultimate postmodern love story. 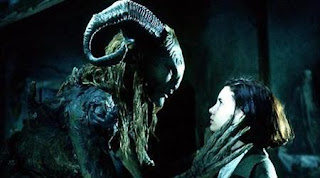 Part fairytale, part war story, Pan’s Labyrinth is a film that blends and transcends the boundaries of genre. Beautifully crafted both in front of and behind the camera, this film understands that a child’s imagination can be the darkest of realms and creates images that will stay with you long after it’s over. The film can be read two ways: either Ofelia imagines another world in order to escape the harsh reality, which makes the ending a legitimate tragedy; or her encounters with the other world are real and the ending is a bittersweet triumph. By either reading, it’s a remarkable film. 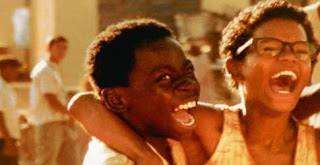 Vibrant and alive, Fernando Meirelles’ exploration of slum life is one of the most brutally brilliant films of all time. There is not a single inauthentic moment in the entire film, which unfolds as a series of interconnected stories about poverty, gang warfare and drugs. At the centre of these stories – right in the eye of the storm – young Rocket comes of age, finds small moments of joy, and tries to find a way out and into a better life. It’s a bittersweet story – Rocket succeeds, but the cycle of violence and reprisal that is ripping the slums apart will continue indefinitely, claiming yet another generation of young men, not to mention all of the people who will get caught up in the crossfire. 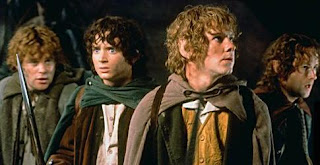 Peter Jackson’s adaptation of J.R.R. Tolkein’s epic story is significant not only for being an incredibly well-realized translation from page to screen, but also for the massive amount of technological innovation that went into it. From top to bottom, this is a brilliant and beautiful piece of work that manages to be equal parts art and commerce, a film series admired as much for its storytelling as its effects and which captured the imagination of filmgoers to the tune of nearly 3 billion dollars. 3 films, one story – the very best that cinema had to offer in the last decade.

I agreed with almost everything on this list until number one. Not that I don't like LOTR, it's just not my kind of thing. Great lists on a whole though.

I had a great time going through your lists covering what comprise in your opinion the best of the last decade. It has a number of films that are common with mine, thus reminding me of the saying "Great minds think alike" ;) Overall, a terrific list, with the icing being your painstakingly constructed synopses of every movie in your list. Great work. Cheers!!!

I have warmed up to "Mulholland Drive" after multiple viewings. I think it is an original experience and completely entertaining and watchable, but my basic problems with the merit of the storyline still exists.

@Mike Lippert: Fair enough; things like this are pretty subjective.

@Shubhajit: Yeah, when I was going through your list I saw that there would be a lot of overlap. Great minds indeed!

@Danny King: I love Mulholland Drive - could watch it over and over again - but I can certainly understand why it wouldn't be everyone's cup of tea.

Cool choices, but sadly I have yet to see several of your top 10! I really have to watch City of God and The Saddest Music in the World, since I've been putting those off for years for some reason.

I'm glad to see Downfall so high on the list. As desolate as it is, it's a truly moving film, and I'm sort of frustrated that it's harder to take seriously after the youtube meme.

@Alex: City of God and The Saddest Music in the World are both amazing movies - see them as soon as you can!