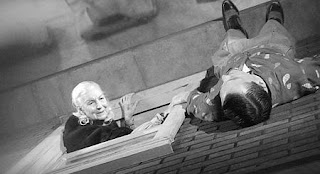 My Winnipeg is about your hometown. It doesn't matter whether or not you're from Winnipeg because it isn't about Winnipeg but about the feeling of the place of your origin, about the things that draw you back to it and the things you want desperately to escape, about the ways that everything has changed and the ways that things have remained the same. Maddin's version of Winnipeg is about 5% fact, 95% surreal, crazy fiction and entertaining from beginning to end. Michael Haneke's most recent film explores the roots of the totalitarianism that would sweep through Europe in the years following World War I. Set in a small German village beseiged by strange and violent occurances, the film examines various forms of social hierarchy (aristocrats and peasants, parents and children, men and women) and growing tensions in reaction to attempts to oppress or contain the lower orders. Simmering with tension, the film suggests the state of mind which allowed for the rise of totalitarian government and presents a stark portrait of a world on the cusp of a great change. 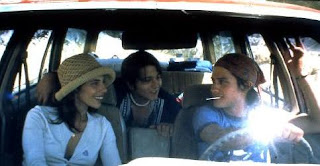 In other hands, Alfonso Cuaron's story of two teenage boys who embark on a road trip with an older woman would be little more than an adolescent sex fantasy. It is, I suppose, an adolescent sex fantasy on one level but it is also an examination of class, sexuality, and the economic and political situation in Mexico. Julio and Tenoch may be sex obsessed and oblivious to what's going on right under their noses, but the film is not and consistently brings the bigger picture into view through the use of narrative footnotes. Beautifully acted by Gael Garcia Bernal, Diego Luna and Maribel Verdu, Y Tu Mama Tambien is a film that is so much more than its premise. 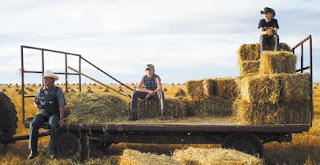 It can be difficult to make a film that directly engages with questions of morality. If it's too preachy it can be off putting, if it's too subtle its depths might be missed. In Silent Light, set in a Menonite community in Mexico, a married man asks for guidance when he falls in love with a woman who is not his wife. He can't stay away from her, though he knows it's wrong, and he can't renounce his love for her because in spite of that, he knows the love is right. The film offers no easy answers nor does it allow any of its characters to be reduced to villains. It is a complex portrait of two relationships that rings with such truth and authenticity you may forget that you're watching a film entirely. 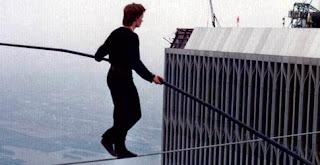 Despite his name, Phillippe Petit is a man who does things on a grand scale. A high wire artist with a penchant for performing in unusual places, in 1974 he took his act to New York with the intention of walking between the towers of the World Trade Centre. Man on Wire explores the steps it took to achieve that dream using archival footage, interviews, and recreations, and unfolding the story according to the conventions of a heist movie. Though the towers will forever be associated with tragedy, a film like this one also reminds us of what they were meant to invoke in the first place: the wonder and possibility of human ambition and achievement. 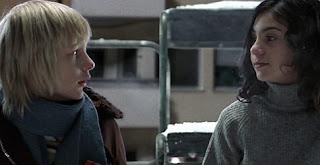 Growing up is hard, but being stuck in perpetual pre-adolescence would be even harder. Tomas Alfredson's atmospheric foray into the ubiquitous vampire genre centers on two outsiders - one an outsider by nature (being a vampire), the other a social outsider who is a constant target of bullies - who find each other and forge a bond that transcends whatever boundaries ought to exist between them. Thoughtful, intense, and gorgeously photographed, Let The Right One In is much more than just another vampire story. 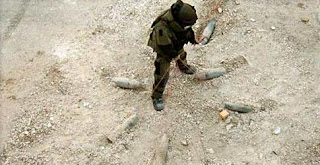 Plenty of films have been released in the last couple of years about the war in Iraq, but none has struck as deep and resonant a chord as The Hurt Locker. Rather than viewing war as "right" or "wrong," the film instead views it as a compulsion, as something which provides a purpose in the lives of people who might otherwise be sunk by the mundane. In his breakout role as the leader of an EOD team, Jeremy Renner gives a great performance as a man living on the edge, perfectly willing to come face-to-face with an explosive, but uncertain how to exist in the world post-combat. 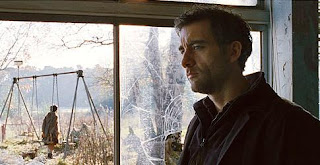 The future on film is always bleak but few depictions are bleaker than that imagined in Children of Men - and few are ultimately as hopeful. Set in 2027, the film imagines the impending end for humans as rooted in a global infertility epidemic, though humanity itself has already largely been lost due to mass acts of terrorism and the rise of totalitarianism in the few remaining governments. Hope comes in the form of a pregnant woman but only if the hero can manage to keep her safe, which becomes an increasingly difficult task. This nightmare vision of the future is perfectly executed by director Alfonso Cuaron, making Children of Men one of the most visually notable films of the last ten years. 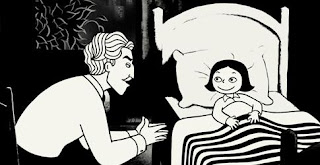 Adapted from Marjane Satrapi's autobiographical graphic novel of the same name, Persepolis tells of her coming-of-age during the Iranian Revolution. Torn between her love for her homeland and her inability to quietly accept the blatantly anti-woman policies of a government headed by religious fundamentalists, she tries to find a way to live in Iran without compromising herself but ultimately opts for self-exile. Persepolis is a thematically ambitious work that covers a lot of political ground but manages to do so in such a way that it still manages to be entertaining as a film. It's a definite must-see. 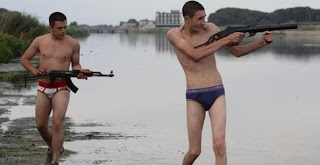 Gomorra is a film about the mafia and the way that it has infiltrated every industry, but it is also about "the mafia," that mythological image created by films and television shows. In the most haunting of Gomorra's many storylines, two teenagers play at being American movie style gangsters, get in way over their heads, and suffer the most brutal consequences. One of the many things that sets this film apart from other mafia movies is that it focuses on the wannabes and the guys at the lowest echelons of the organization. It can't be accused of glorifying the lifestyle because nothing that happens to any of its characters even remotely resembles "glory;" all there is is death and regret and a brilliant film.