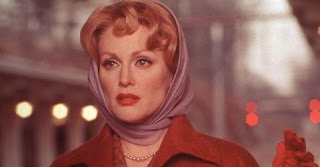 Some films emulate the style of another era while others capture its spirit. Far From Heaven has the look and feel of a Douglas Sirk film and though it has the luxury of casting a more openly disparaging eye on the prejudices of its setting, it still fits in with the films that inspired it. Tackling issues of racism, feminism, and sexuality, it is a film that deals with big themes, a film about desires that seem impossible due to societal constraints, the performance aspect necessary to being accepted in society, and the ability of some to trascend prejudice (albeit tacitly rather than openly) while other forms of prejudice cannot be overcome. It's a wonderful film built around a moving, pitch perfect performance from Julianne Moore. 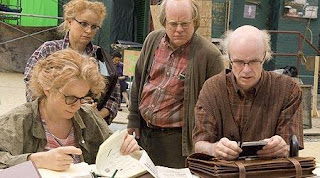 Charlie Kaufman loves a good mind bender. Actually, let me amend that: he loves to take your brain, turn it inside out, show it to you and then rearrange its contents. Synecdoche, New York is arguably his most challenging work to date, centering on theater director Caden Codard whose attempt to capture his life for the stage results in him recreating the whole world around him as well as the process of creating that world, resulting in a play that's like a matryoshka doll. It is a work of staggering ambition that makes multiple viewings necessary, but it is more than worth the effort that Kaufman asks the viewer to put into watching it. 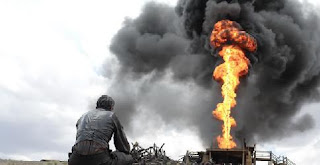 Paul Thomas Anderson’s epic tale of greed is truly unforgettable, thanks in no small part to the great central performance of Daniel Day-Lewis. As Daniel Plainview, he broods and simmers and then finally unleashes, annihilating those who stand in the way of his singular, selfish vision. The “reward” for his persistence? An isolated existence in a gargantuan mansion that echoes with loneliness and madness. And, yet, for all that there are still brief moments of humanity in Plainview which makes his self-imposed exile from the rest of the world seem tragic rather than fitting. Well done, PTA. 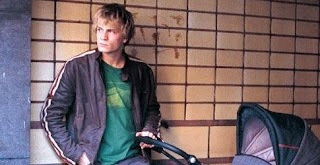 Dispassionate and unblinking, the Dardenne brothers follow their protagonist as he sells his newborn son, gets him back, and then tries to pay off the go-betweens who were going to arrange the black market adoption. There's honestly not much more to the plot than that, but what makes the film fascinating is the character himself and the way the Dardennes approach him. He's so detached, so unable to understand basic human concepts that he's confused by his girlfriend's reaction to his act. He's guilty of horrible things but, at the same time, he's an innocent because he honestly has no concept of his actions being in any way bad. That the Dardennes find a way to make you understand that is just one of the many indications of their greatness. 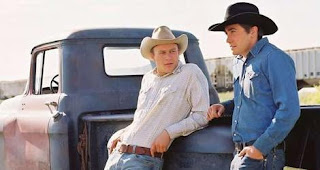 A beautiful movie about lost love and the oppression of the individual by societal expectations. Heath Ledger and Jake Gyllenhaal render great performances as two men in love, one of whom cannot reconcile the relationship with his image of manhood, the other frustrated by the need for secrecy. Though inarguably an important film in terms of the depiction of gays on film, it's not just "a gay story." It's a story about the pain that culture can inflict on an individual through rigid roles and codes of behavior, and the necessity of breaking free. Its message is universal, even if the context is not. 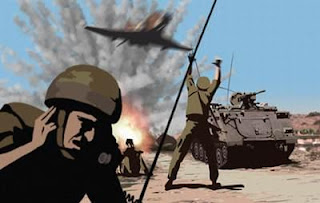 Ari Folman’s Waltz with Bashir is a film that defies categorization. A beautifully animated documentary about the 1982 invasion of Lebanon built on interviews, reenactions, and fantasy sequences, the film is a surreal exploration of the lasting effects of warfare. The animation, produced with new techniques created specifically for this film, is striking, making for a visually intense and unique experience. 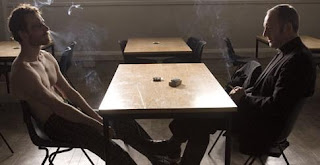 McQueen’s film about the IRA hunger strike led by Bobby Sands is a harrowing film and often difficult to watch. McQueen’s strategy consists in large part of long, unbroken shots that test the viewer’s endurance as scenes of incredible brutality play out with unrelenting intensity. In what is perhaps the film’s most famous scene, Sands and a visiting priest have a long conversation about, amongst other things, the utility of the hunger strike, all of it playing out in one unbroken shot that clocks in at about 15 minutes and is brilliantly played by Michael Fassbender and Rory Mullen. Strikingly photographed by Sean Bobbitt, Hunger is a film you won’t soon forget. 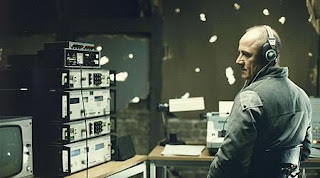 Because the Stasi agent Wiesler is so detached from those around him, the connection he develops with the people under his surveillance is all the more moving. His role as a cog in a distinctly inhuman ideological machine allows him finally to become human, to feel for others and want to protect them. As a protector he both succeeds and fails and falls on his own sword in the process – but at least he can live with himself. The end result is a film that is intense, unnerving and haunting.

#12: The Assassination of Jesse James By The Coward Robert Ford (2007) 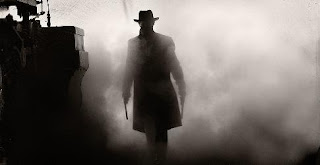 Perhaps the most underrated film of the decade, The Assassination of Jesse James... uses the most American of all film genres to examine the nature of celebrity mythmaking. Jesse James is a folk hero and icon... he’s also a murderer and a thief; his death is lamented by the masses... and his corpse turned into a sideshow. Played by Brad Pitt, he’s something of an enigma, a man accustomed to his fame but never quite comfortable with it and never really at ease with those around him. Casey Affleck takes on the Judas role, playing James’ murderer Robert Ford in a fascinating, unsettling performance. 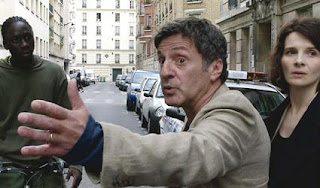 Creepy. There’s no more accurate word for Michael Haneke’s drama about a seemingly happy family. Until their privacy is invaded, they don’t know what a fragile thing it is, nor do they realize how little it takes to completely disrupt their life. All it takes is a videotape of the outside of their house – such a simple thing and yet the very simplicity of it is what makes it so effective. The ending, with its defiant lack of resolution, tends to be divisive but it’s also one of the things that makes the film resonate so deeply. It’s the not knowing that makes it so powerful and so worthy of returning to time and time again.