Every year it's inevitable that some great films, performances, and scenes will end up cut from the final list of the year's best, and choosing the #10 entry in any list is always the hardest. I won't name everything from my long lists, but here are the choices that just missed out on taking those #10 spots, listed alphabetically. 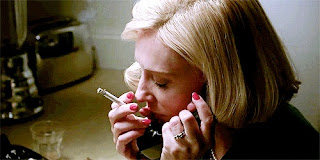 "Ask me things. Please." Carol
Carol is a film that possesses a number of great scenes (including, of course, the one that made my Best Scenes list), but there's something particularly haunting about this one, in which Rooney Mara's Therese tells Cate Blanchett's Carol that she wants to ask her things. It's a scene which underscores how much of Carol's life is a performance to mask her real self, how desperate she feels to be seen for who she really is, and how difficult it would be for two people to find each other when they have no language to describe who they are and how they feel. It's a profoundly moving scene.

"They want to see Nelly," Phoenix
In this scene, Nina Hoss' Nelly, who is pretending not to be Nelly because her husband thinks she's dead, tries to explain to him why his ideas for her miraculous return aren't realistic because no one who had just survived the camps would return looking as glamorous as he intends for her to look when she steps off the train to "reunite" with him in front of their friends. When she tries to tell him what the experience was really like, he's quick to dismiss her. "They want to see Nelly, not a ragged camp internee." Whatever the horror and pain she's endured, he just doesn't want to know and to make things worse, he's right: no one else wants to either. It's a scene that cuts right to the heart of the story.

Final scene, Tangerine
For much of its running time, Tangerine plays as comedy - dark comedy, but comedy - but as it approaches its finale, the breakneck pace slows, the comedy falls away, and one of its two leads is subjected to an act of hatred and violence. In the aftermath, the two women retreat to a laundromat where one tries to alleviate the humiliation of the other by offering her the hair off her own head. Above all else, Tangerine is a story about a friendship, about two people having each other's backs through thick and thin, whether that means spending the day trying to track down the other's boyfriend, stopping everything to be there when the other is about to take the stage and perform, or performing a simple act of kindness for someone who really needs it. The scene is a thing of beauty. 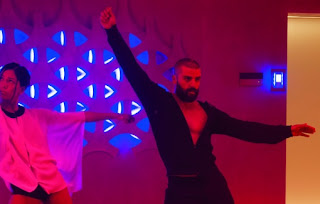 Oscar Isaac, Ex-Machina
You could argue that an actor gets lucky when he or she is tasked with playing a character full of eccentricities, giving them plenty to sink their teeth into, but it takes a really good performance to make such a character more than just the sum of their eccentricities. As the mysterious billionaire who makes an offer Domhnall Gleeson really should have refused, and who has fallen so deep down the rabbit hole of his own work that he would never have been able to drag himself out anyway, Oscar Isaac never hits a single false note. 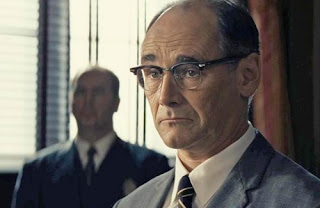 Mark Rylance, Bridge of Spies
As the captured Russian spy on American soil, Mark Rylance is the picture of cool and calm. His casual, "Would it help?" whenever he's asked if he's worried - be it by the thought of going to prison, or the thought of going back to Russia and possibly being punished there - becomes one of the film's regular source of laughs, but though the character ends up bringing some touches of comedy to the film, Rylance is still able to bring weight to the role. Bridge of Spies is a solid film through and through, but the exchanges between Rylance and Tom Hanks are the film's highlights. 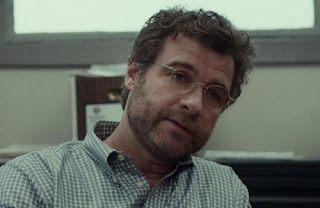 Liev Schreiber, Spotlight
Spotlight has a tremendous cast and in lesser hands, the role of Marty Baron might have gotten lost in the crowd. The ultimate outsider in a city full of insiders, Baron is the guy who sees the story hiding in plain sight and encourages the Spotlight team to find it, too. Played by Liev Schreiber in a quiet performance that is made up of pointed silences and raised eyebrows more than words, Baron is one of the story's most essential components, the guiding light showing the other characters the way. 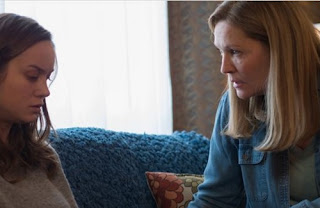 Joan Allen, Room
Joan Allen is simply fantastic in Room, playing the mother of Brie Larson's abductee and grandmother of Jacob Tremblay's point of view character, and were it not for the fact that 2015 featured a lot of great roles for and performances by women, she would easily have made it into the top 10. The quiet strength that Allen brings to the character, who has to pick up the slack when Larson's character becomes overwhelmed by the fact of being free and falls apart, helps center the movie and the scenes between her and Tremblay are some of the best of the year. 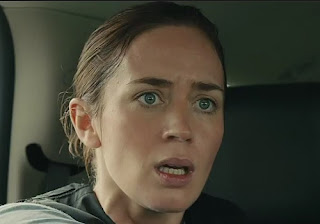 Emily Blunt, Sicario
There aren't a lot of actors who can fit as easily into highbrow period pieces as intense action movies, but Emily Blunt is proving that she's one of them. In Sicario she plays a dedicated FBI agent who is recruited into a mission with a purpose which remains elusive to her and where the intentions of everyone around her become increasingly suspect, and Blunt makes her struggle to hold herself together in increasingly dire and dangerous circumstances palpable. By the end, the character is totally broken, but the performance is always on point. 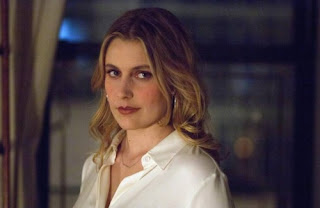 Greta Gerwig, Mistress America
I went into Mistress America a Greta Gerwig fan, but even if I hadn't, I think that her introduction in Mistress America would have won me over to her oddball charms. Playing a woman who has built her life around flitting from one thing to another, she is a jack of all trades but master of none, and for a teenager who doesn't know better yet, her enthusiasm for life is seductive. For someone with more age and experience, her inability to settle on a path and follow it might seem frustrating or sad, and though the film's third act forces Gerwig's character to face that, the performance remains light on its feet. 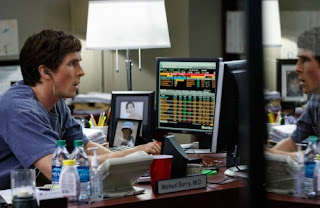 The Big Short
For such an angry film, The Big Short is awfully funny. A dark comedy about the 2008 financial crisis from the point of view of those on Wall Street who saw it coming and moved to profit off the recklessness of everyone driving the economy off a cliff, it's a movie that's got something to say and says it well. The Big Short was one of the best comedies, and smartest films, of the year. 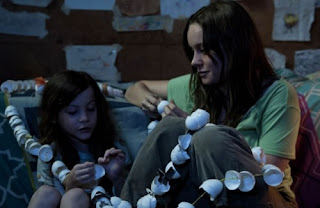 Room
As an exploration of trauma, Room is a masterpiece, showing not just the psychological torture of being kept prisoner in a confined space for years, knowing that the outside world is achingly close if only you can find a way to get to it, but of the enduring torture of being released and seeing how life has gone on in your absence. That it manages to do this while telling the story from the perspective of someone who doesn't understand yet that what he lived through was a bad thing makes it all the more impressive. 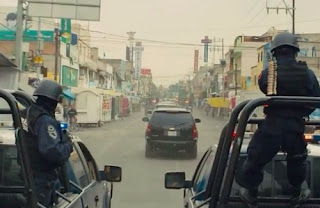 Sicario
Sicario was one of the least optimistic movies of the year, taking a good FBI agent who is dedicated to her job, pulling her through the wringer, and dumping her out on the other side with the understanding that there is nothing for her in a place that is now "a land of wolves." It's quite a gambit to build a story around one character and then slowly push them out to the margins of the story, suggesting that their sense of morality is increasingly irrelevant in a world gone so bad, but Sicario is able to pull it off and proves that director Denis Villeneuve is one of the great talents working today.
Posted by Norma Desmond at 6:00 PM