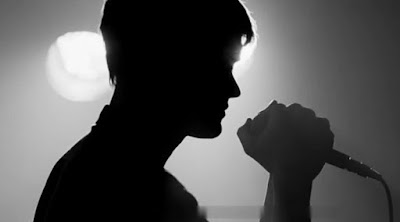 Biopics rarely get it so right. For whatever reason, more than any other subgenre save, perhaps, the sports movie, biopics tend to get stuck in the rut of habit and cliché, with so many travelling over the same narrative peaks and valleys, as if there is no other route. Control is a biopic that gets it right – not necessarily because it’s telling a story that is 100% factually correct (it’s based on the memoir Touching from a Distance by Deborah Curtis, widow of Joy Division’s Ian Curtis, so it’s guided by the point-of-view of someone who has a vested interest in how things are perceived), but because it invests itself with a vision which feels unique and finds the exact right balance between the professional achievements and ambitions that made the subject famous, and the personal life that inspired and, in some ways, derailed him. The feature film debut of Anton Corbijn, Control is a beautiful, devastating, and poetic film.

Spanning the years 1973 to 1980, Control begins with Curtis (Sam Riley) meeting Debbie (Samantha Morton) and ends with his suicide at the age of 23, and unfolds in a way that is as much about a marriage as it is about a band. Depicted as someone who is both the sensitive, artistic type and as someone who is oddly detached from the very feelings he expresses in his poetry and music, Curtis at times seems as if he understands emotions without necessarily feeling them himself – or, at least, without feeling them in such a way as to carry over. Having been confronted with the idea, and perhaps having embraced it, that his will be a short life, he lives in the moment and what he wants, he wants only in that moment as it is happening. When the moment is gone, he wants something else, sometimes something entirely at odds with what he just proclaimed to want. When he casually says to Debbie, “Let’s get married” (and, later, “Let’s have a baby”), it seems less like something that he’s committing himself to in the long-term than an idea that has just popped into his head.

Similarly, when he begins an affair with Annik (Alexandra Maria Lara), a Belgian journalist, his desire to be with her and his desire to maintain his marriage to Debbie exist side-by-side without quite touching, proceeding in such a way that he what he wants in one moment is in conflict with what he wants in the next. In one scene he literally gets off the phone with Debbie, having declared that he’s told Annik that it’s over, and then walks 10 feet from the phone booth to Annik’s door and into her arms. The responsibilities of being a husband and a father clearly overwhelm him and are at odds with his ambitions as a musician, and yet he can’t quite seem to let go of Debbie. Even when Debbie decides to take matters into her own hands and declare her intention to file for divorce, saving Curtis from actually having to make a decision and stick with it, he begs her to reconsider even as his actions suggest that he wants anything but to stay married. What he wants is some sense of control as, increasingly, he has none. He has no control over his body, which has become prone to epileptic seizures; he has no control over his career, which is fast approaching a level that he finds intimidating to the point that he has difficulty performing; and he has no control in his relationships, describing himself almost as a passive bystander in his relationship with Annik, unable to resist whenever she comes around. With the pressures in his life mounting, Curtis takes drastic, definitive action and takes his own life.

Curtis’ final act, when considered in the context of how Control frames his relationships with Annik and, particularly, Debbie, is interesting because he doesn’t just end his life, he does so by hanging himself from the clothes line in the kitchen of the house he shared with Debbie. Though he entered the marriage with good intentions, there are indications of regret almost immediately for the way that Debbie’s presence seems to naturally separate him from his friends, and by the time Joy Division starts to find major success, he’s come to resent Debbie and the middle class life she wants to lead (in one scene he comes home from the road, takes a look around, and then heads right back out the door). His relationship with Annik represents freedom, but only in a very tentative sense because she can’t actually “free” him, only he can do that. He, however, is such a passive character that instead of doing that, he ping pongs between the two women, at one point insisting to Debbie that the two relationships have nothing to do with each other. It’s almost as if he wants to keep torturing himself and wants to be in pain, to remain trapped in this impossible situation that keeps him divided against himself. When Debbie tries to bring an end to it by making a decision, his response is to effectively repudiate the way of life she represents by hanging himself from the clothes line, a symbol of domesticity.

The screenplay by Matt Greenhalgh creates a nicely layered psychological portrait of Curtis, but it’s Riley’s performance which makes the film so bracingly intense. He disappears into the role, portraying Curtis as wounded, sometimes frustratingly remote, sometimes casually cruel, but also possessed of a rare kind of genius. The film’s best scenes are those between him and Morton, who takes the often thankless role of “the wife” and makes it the film’s emotional core. What Riley and Morton create together onscreen is raw and resonant, each performance great in its own right and totally complementing each other. Filmed in stark, beautiful black and white that lends the piece a sense of timelessness, Control is high on style (which is no surprise since Corbijn got his start in music videos), but that doesn’t come at the expense of substance. Control is a fantastic, fully engrossing movie.
Posted by Norma Desmond at 10:59 PM