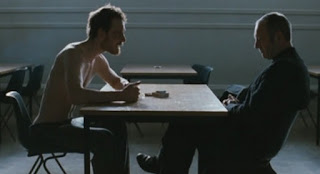 #5: Hunger
A year before really breaking through with his role in Inglorious Basterds, Fassbender made the first of his (so far) three films with Steve McQueen, portraying IRA member Bobby Sands in Hunger. Fassbender underwent a dramatic weight loss to play the hunger striking prisoner, but it's the performance, not the look, that matters and nowhere is that better demonstrated than in the 17 minute, unbroken take where Fassbender and co-star Liam Cunningham share a long talk of the soul. 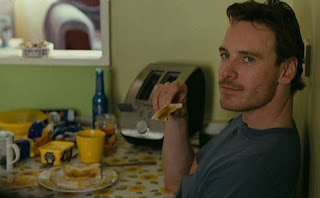 #4: Fish Tank
One of the lesser known films that Fassbender has made since rising to prominence, Fish Tank sees him playing the difficult role of a sexual predator. By turns seductive and sinister, gentle and brutal, Fassbender delivers a multi-faceted performance which ensures that his character isn't a cardboard bad guy. 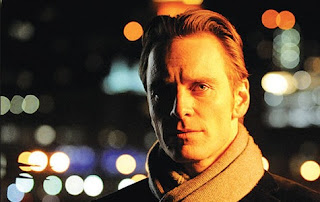 #3: Shame
When it was released in 2011, Shame became best known for a scene in which Fassbender appears fully naked which is, well, a shame since his actual performance is so strong. Playing a sex addict trying to kick his habit, Fassbender breathes life into a film which is deliberately passionless and clinical, his character's growing desperation driving the tempo of the narrative. 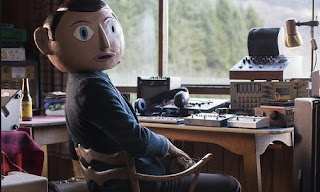 #2: Frank
In Frank Fassbender spends almost his entire time on screen with a giant paper mache head on top of his own and he still delivers an emotionally nuanced, often funny performance. Frank was one of 2014 hidden gems and Fassbender's performance is a big reason why it's such a good movie. It's arguably the most bizarre performance he's given to date, but it's also one of his best. 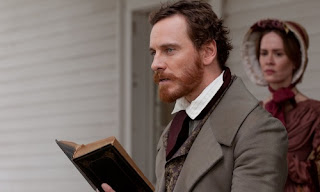 #1: 12 Years a Slave
It's hard to argue with the performance which netted him a nomination for every major movie award out there. Playing the most brutal villain in a film that has no shortage of them, Fassbender never shies away from the worst aspects of his character, but he also ensures that there is some dimension to the man's evil.
Posted by Norma Desmond at 8:00 AM

Love the first four, like a lot, but I was really underwhelmed by his 12 Years a Slave perf. I get why he was nominated (showy villain role in the BP frontrunner) but he was so stilted and just unconvincing to me. His Shame and Fish Tank perfs would top my list. Either way, he's one of the most interesting actors working today.

I love Michael Fassbender! He is the best actor working today in my opinion. Love your list, but here is what I think his top 5 best are:

@Fisti: Yeah, I can see how the 12 Years performance might fail to connect. It worked for me, but I can see why it might not for others.