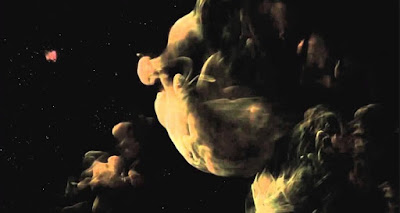 There are few films out there that feel as totally and defiantly personal as Terrence Malick’s grand opus The Tree of Life. Even as it grapples with some of the great questions of the human experience – Why are we here? Why must we leave? What does it all mean? – it locates a specific, subjective experience at its center. Because it eschews traditional narrative structure, unfolding in images and moments rather than as a conventional story, and favors voiceover over dialogue, it can make for a divisive viewing experience. What feels riveting to some may feel ponderous to others, but The Tree of Life is a film that benefits from multiple viewings. The first viewing can be overwhelming, the power of the film’s images taking your breath away, but subsequent viewings allow for things to come into a finer focus and for the richness of the experience to truly be felt. It may not be to everyone’s taste, but The Tree of Life is not just a major work from Malick, but one of the major works of the century.

As much as it can be said to have a “plot,” The Tree of Life is about Jack O’Brien (played as an adult by Sean Penn), who reflects back on his adolescence in the 1950s in Texas and his struggle between the two poles represented by his parents – his mother (Jessica Chastain), patient, selfless, unconditional in her love is “grace,” while his father (Brad Pitt), mercurial, egotistical, unpredictable, is “nature.” Early in the film it is revealed that Jack’s brother, R.L., died at the age of 19, and that event seems to be the point around which everything else turns, inspiring as it does the deeply spiritual questions that plague Jack in adulthood. What does it mean to have lived and to have died? After showing Mr. and Mrs. O’Brien learning the news of the death and grappling with the loss, the film reaches back all the way to the beginning of time, showing the universe and the earth’s creation, the primordial beginnings, the dinosaurs (and their end), the changes undergone by the earth over the stages of its history. So much has happened and so much has yet to happen, so much has existed and then ceased to exist, that the death of one person has to be considered it the wider context. While the grief of loss is very real, the film’s focus isn’t on the tragedy of death, but the miracle of having lived in the first place.

The bulk of the story takes place during the period when Jack (Hunter McCracken) is an adolescent and his relationships with his parents and his younger brothers, R.L. (Laramie Eppler) and Steve (Tye Sheridan), become increasingly complex. His relationship with his father, in particular, is fraught, as Jack often finds himself torn between his need to assert himself against his father’s dominance and his desire for the man’s love and approval, which he sometimes feels is directed towards R.L. at his expense, resulting in jealousy on his part and strain between the brothers. With respect to his mother, Jack is drawn to her gentleness, but also feels ashamed of his inability to live up to her goodness – which is, of course, tied to his need to reject gentleness in order to develop the hard shell which his father demands. The relationships within the family are sometimes difficult, but are never presented as black and white. The father is harsh, sometimes brutal, but Malick draws him clearly enough that his disappointed ambitions add an extra layer of meaning to his behavior so that he becomes a sad figure rather than a villain.

Historically, actors can have a difficult time in a Malick film as his preference for focusing on the natural world and his storytelling style, which goes beyond “elliptical,” disrupts the flow of individual performances at the best of times, and buries them at the worst. Characters are secondary to whatever overarching theme they are serving and as a result a performer’s strengths don’t always come through. This is true of Chastain here, whose character is depicted in such sainted terms that she’s rendered a little flat, but Pitt shines as Malick charts his character’s progress from a man striving to become “important” enough to leave a permanent legacy, to a man broken by failure and forced to accept that he’s just like every other man around him. As his foil throughout much of the film, McCracken also delivers a strong, nuanced, and unabashedly vulnerable performance as Jack, who struggles with complicated feelings about the other members of his family, and particularly his father. Coming from a filmmaker not exactly known for nurturing the performances of the actors he’s working with, The Tree of Life is a film which carves out enough space for the actors to make their mark.

Beyond that little niche, The Tree of Life is a Malick film through and through, one which pauses frequently to bask in the poetry of the natural world in motion and which unfolds in a dreamy fashion that tends to shut down narrative momentum. The Tree of Life isn’t without flaws – though I think it’s a masterpiece, I also think that it really drags at the end – but it also features some of the greatest visual sequences and single images as yet seen in film this century. The creation of the universe sequence alone (done not with CGI, but with traditional effects) is one of the most striking series of shots I’ve ever seen in film, so breathtakingly beautiful that it alone would make the film worth watching even if the rest of it weren’t so rich. Thematically, The Tree of Life may not speak to everyone, but it is nevertheless one of the defining films of the cinematic century so far.
Posted by Norma Desmond at 8:00 AM