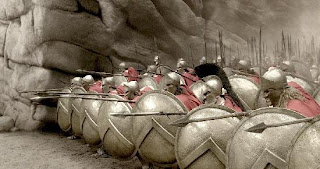 #5: 300
This. Is. Spaaaartaaaaaaaa! Zack Snyder's shot-for-shot adaptation of Frank Miller's graphic novel may be thematically problematic, but it's also highly entertaining (even if the fast motion/slow motion thing has since become totally played out). 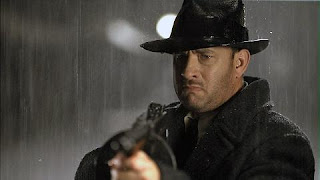 #4: Road to Perdition
Sam Mendes' take on Max Allan Collins' mobster story is a little stuffy, but absolutely gorgeous to look at. The film's cinematographer, Conrad Hall, rightly won an Oscar for his work here. 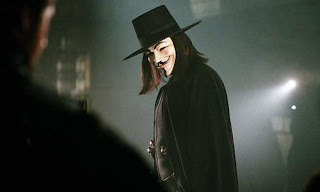 #3: V for Vendetta
Well, Alan Moore might disagree (but, then again, he seems to disagree with pretty much everything about every adaptation of his work except, presumably, the money), but this adaptation from James McTeigue and the Wachowskis is a solid action film with a more than passing interest in social commentary. 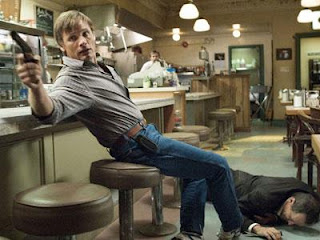 #2: A History of Violence
David Cronenberg's adaptation of John Wagner and Vince Locke's graphic novel is, quite simply, a great movie. It's also arguably the best of his collaborations with star Viggo Mortensen who, in a perfect world, would have nabbed a Best Actor nomination for his work here. 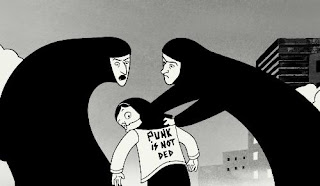 #1: Persepolis
One of the best films of the last ten years, easily. Marjane Satrapi's adaptation of her own graphic novel is a moving, important, and just about perfect film.
Posted by Norma Desmond at 8:00 AM

Regarding Alan Moore and royalties it does seem that he's refused *some* in the past, possibly turning down millions in the process?

He can probably afford it but still not sure I'd be saying "no"...

I'm not sure I'd be turning down royalties either.

Nice list. I wish the 30 Days of Night movie lived up to the comic. That'd top my list. But alas...