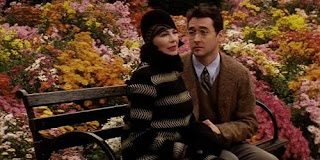 #5: Bullets Over Broadway
Bullets Over Broadway is a curiously underrated film, I've found. And yet it's one of Allen's snappiest and, frankly, funniest films. It would be worth seeing for Dianne Wiest's performance alone but there are also great turns from Jennifer Tilly, Chazz Palminteri and John Cusack. 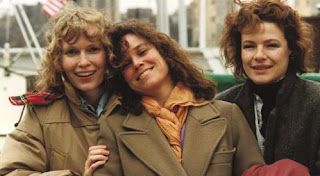 #4: Hannah and Her Sisters
A terrific drama about three sisters and one of many examples of Allen's ability to consistently craft interesting, complex female characters. It also features one of my favourite moments from any of Allen's films, when Hannah realizes that her husband and her sister, Lee, have been having an affair. It's a terrific and very subtle moment but it has great power. 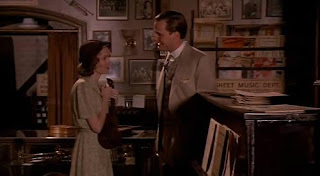 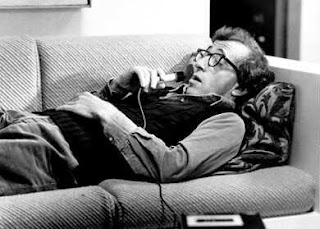 #2: Manhattan
Allen's love letter to the city where so many of his films are set is many things - brilliantly acted, perfectly written, beautifully filmed - but first and foremost it's his strongest effort as a visual stylist. 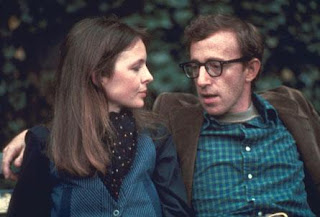 #1: Annie Hall
Perfect from beginning to end, Annie Hall is not just his best film, it's one of the very best films ever made.

Some good motion pictures here. The #3 pick would be my #1. Also Radio Days was a great picture too.

Allen has been one of my favorites for a long time so I am giving you my baker's dozen.

For some reason, Ive neglected to watch many of Woody Allen movies, sounds like these would be a great place to start.

Ive only seen some of his most recent efforts like:

Love Woody Allen and all of these picks but Hannah would go to number one for me.

Great list. Woody is a favorite of mine and my picks would vary every time I do this, but here's my off-the-cuff top 5:

Norma, a wonderful list. I'm especially pleased to see "Purple Rose" on it. I'm not such a big fan of "Annie Hall" as some but still consider it one of his five best. I haven't seen all of Allens' films, especially the very earliest and most recent, but my own list would differ from yours only in having "Interiors" instead of "Bullets." Others that for me come close include "Sleeper," "Crimes and Misdemeanors," "Radio Days," and "Match Point." Hope you do some more directors in future "Friday's Top 5." I'm sure that would generate a lot of comments!

Wow that's funny, I was literally just a few minutes ago discussing Allen with my boyfriend and trying to figure out which of his films I hadn't yet seen but should. Hannah and Her Sisters and The Purple Rose of Cairo are two of the ones I settled on!

I really enjoy Bullets Over Broadway, though for a while I didn't realize it was a Woody Allen film. And I enjoy Annie Hall but not so much Manhattan. It isn't bad, but it just didn't resonate with me I guess. Play It Again, Sam is one of my favorites of his because of all the Casablanca references!

I can't really judge your list, because I've only seen two of Woody Allen's films: Vicky Cristina Barcelona and Mighty Aphrodite. I personally found the former better than the latter.

Excellent list! I have a hard time ranking Woody Allen movies since I love his new stuff so much, like Vicky Cristina Barcelona and Match Point. But you just can't ignore Annie Hall and Manhattan, etc., etc.