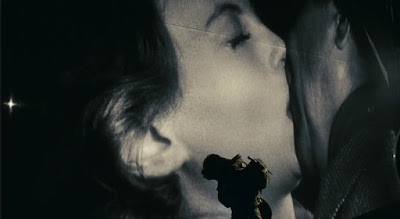 For whatever reason, Joe Wright has never really been given his due as a director, despite his facility in various genres and his skill as a narrative and visual storyteller. He started with Pride & Prejudice, bringing a fresh vision to a classic story and overcoming the not inconsiderable obstacle of there already existing a version largely considered the "definitive" one, later came out with Hanna, a thriller that plays like a videogame (and I mean that in the best possible way) and endures much longer in the imagination than something that at first seems like a mere genre exercise ought to, and then returned to the world of literary classics with a bold and inventive adaptation of Anna Karenina. And, okay, he also made the critically reviled Pan, but when you make a film as masterful as Atonement, you should be allowed some leeway to make a clunker now and then. One of the most lauded films of 2007, netting 7 Oscar nominations (including Best Picture, but not Best Director), Atonement seems to have fallen out of favor in a way that other masterworks from that year, such as No Country For Old Men and There Will Be Blood have not, but it's a film that has stood the test of time. From its painterly tableaus to the almost playful way the production elements engage with the story to its ability to fold its allegory into the narrative in a way that feels unobtrusive, Atonement is a film that fascinates and resonates.

Adapted from the novel by Ian McEwan, Atonement is a splintered tale that begins with Briony Tallis (Saoirse Ronan), the youngest child of a wealthy English family, too smart for her age, but too immature for her intelligence. At the end of a long and eventful day, during which she sees several things that she doesn't quite understand and around which she begins to build a narrative in an attempt to make sense of them, she tells a lie that results in the separation of her sister, Cecilia (Keira Knightley) from Robbie (James McAvoy), the son of their family's housekeeper. To demonstrate the blanks in Briony's understanding, the context that she can't discern to see things as anything but black and white, the narrative doubles back, showing things from the perspective of Cecilia and Robbie, who have been at odds for some time largely as a result of Cecilia's sharp understanding and enforcement of the class difference between them, but who all of a sudden that afternoon come to understand the force of the attraction that exists between them. As a result of what Briony does, Robbie goes to prison, but when Britain enters WWII, he's given the opportunity to join the army and the film's second half follows him as he joins the evacuation from Dunkirk, hoping to survive to reunite with Cecilia, while a now grown Briony (Romola Garai), grapples with the guilt of what she's done now that she's able to fully grasp the consequences of her actions.

Given that the story is called "Atonement," its religious aspect can't really be said to be hidden, but the allegory is dramatized so skillfully that it doesn't feel like the film pushes it or embellishes it for the sake of easy but empty symbolism. That Robbie is drawn as a Christ figure is obvious, but not obvious in the way of so many films that draw that comparison for their hero. There's no shot of Robbie in crucifixion pose, the go-to means of making the allusion (though Cecilia is twice depicted in the pose), but the bulk of the narrative can be seen as version of the Passion, beginning with a kind of Last Supper at the Tallis estate, after which Robbie is betrayed by someone who once held him in esteem, arrested and condemned. He arrives, his flesh pierced, at Dunkirk (his Via Dolorosa), taking a long trek captured via a single take tracking shot, after which he meets his mother (whose name, not insignificantly, is Grace), who washes his feet. He then dies and is resurrected. It's Briony's sin that sets this all in motion, and Robbie who is sacrificed to atone for that sin.

But Atonement is also about the act of creating, specifically of writing. Part of the reason that things get out of hand as they do is that Briony is a storyteller and sees, in the evidence that she collects throughout the fateful day, the pieces of a story that she can put together. The act of storytelling is an act of power, power which largely escapes Briony as a result of her youth, leaving her frustrated (the whole story begins with Briony writing a play that she intends for herself and her cousins to perform before dinner, plans which collapse when the other players refuse to allow her to direct them), and when the opportunity presents itself for her to take control of the "narrative," she seizes it, guiding it to its conclusion and only realizing once it's too late that, once "written," it can't be undone. She spends the rest of her life trying to rewrite it, to take the lie she told and tell the truth in its place, though even this is impossible as she confesses much later (played by Vanessa Redgrave) that the whole truth felt like such a disservice to Cecilia and Robbie that she couldn't bring herself to tell it, using her novel as a means to give them a happy ending.

She also uses it, interestingly, to let herself off the hook just a little bit. In her story, she ruined Robbie's life by claiming that she saw him sexually assault her cousin, but when she meets Robbie and Cecilia years later, after he returns from Dunkirk, they tell her that she can make efforts towards making it right by retracting her statement that Robbie was the man she saw and revealing that the real assailant was Danny, the family's handyman. Robbie excoriates Briony for accusing him, but he and Cecilia accuse Danny on even less evidence, assuming that he's the most likely culprit based on nothing more than his diminished mental capacity. The effect is that while her story is designed to right, as much as she can, the wrong that she committed, she's also using it as a means of explaining what she did, acknowledging that it was wrong but also suggesting that it was a trap that anyone could have fallen into.

While the story is constructed in such a way as to emphasize at the end that what we've just seen is something that's been "written" by Briony, Wright finds ways to highlight that act of writing throughout. Dario Marianelli's score (which won the film's only Oscar) comes complete with a "clickety clack" of typewriter keys that become prominent every time the "story" begins to turn, and there's one shot, in particular, which demonstrates just what Wright is doing, as Briony walks down a darkened hallway and with every "clack" a light comes on behind her. She's writing the scene into life as we're watching it. It's in moments like these and, of course, that single shot at Dunkirk which is as breathtaking and majestic as anything ever captured on screen and was apparently accomplished without the use of CGI, that Wright demonstrates his skills as a visual storyteller, creating along with cinematographer Seamus McGarvey indelible images that are priceless for the way that they assist in adding to the emotional underpinning of the story.

Atonement is a film where all of the elements blend together and complement each other perfectly, from the aforementioned cinematography and musical score, to the screenplay by Christopher Hampton, to the exquisite costume design and art direction, to the performances, including Knightley's clipped and crisp depiction of Cecilia, McAvoy's quiet and devastating depiction of Robbie (though the film is full of great scenes, arguably none is better than the one in which the starcrossed lovers meet again before Robbie goes off to France and he stoically attempts to give her permission to move on, the two carving out a fleeting moment of intimacy for themselves in the midst of a crowded room that keeps them from fully expressing the depths of their emotion), to a small performance from Benedict Cumberbatch in which he manages to tell you everything you need to know about the character within a line or two, to the trio of performances that bring Briony, and the everlasting burden of her guilt, to life. But, in the end, the film belongs to Wright, who shepherds all of the elements and brings them together in such a way that the film evokes the source material down to the minutest of details without ever making it seem like the film is using the novel as a crutch. Atonement the film is faithful to the book, but comes alive as its own entity separate and apart from that book. It's a brilliant adaptation and, almost ten years later, remains a commanding and deeply engaging piece of work.
Posted by Norma Desmond at 2:12 PM