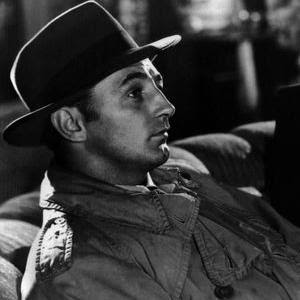 #5: Jeff Bailey (Out of the Past)
When I think of Robert Mitchum, I tend to think of his bad guy characters, like the ones he played in Cape Fear and Night of the Hunter; but he was just as great playing the good guy. Bailey is everything you'd want in a detetive: tough, smart of mind and smart of mouth, and just about as cool as it gets. 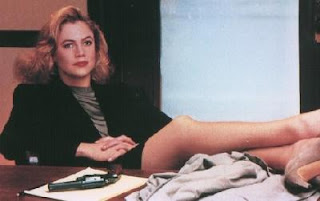 #4: Victoria "V.I." Warshawski (V.I. Warshawski)
Kathleen Turner is one nifty broad and she was never niftier than as no nonsense Private Eye V.I. Warshawski. The film was originally envisioned as the first in a franchise but a less than stellar box office take put an end to that, which is a shame because Turner really brings it in the role. 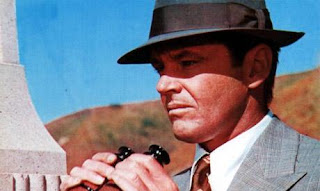 #3: J.J. "Jake" Gittes (Chinatown)
A Depression era detective in a story defined by '70s era cynacism, Gittes has a tough row to hoe. Where detectives from movies made in the 1930s usually got to enjoy the upper hand and have the last laugh, Gittes gets to be abused, confused and left devastated in the film's finale. Still, it's a fantastic character and one of the very best performances of Jack Nicholson's career. 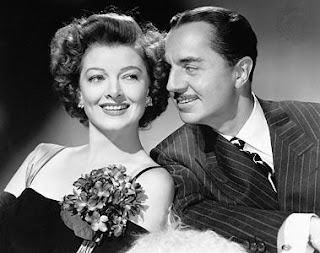 #2: Nick Charles (The Thin Man series)
So charming, so clever, no wonder the character made it through six successful films. Alongside his equally charming and clever wife, Nick boozes, wisecracks, and puts the clues together like no one's business. Together William Powell and Myrna Loy set the standard for romantic repartee. 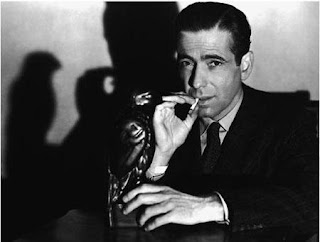 #1: Sam Spade (The Maltese Falcon)
Bogart is, of course, the man and it's easy to see how his role as Sam Spade finally launched him into stardom. Spade is tough as nails and quick on his feet, as mildly incompentant henchman Wilmer and slick conman Joel Cairo find out time and again. He's also hilariously unsentimental as proven by his final exchange with Brigid O'Shaughnessy: "If you're a good girl you'll be out in twenty years. I'll be waiting for you. If they hang you, I'll always remember you."

That's one hell of an interesting choice for your "Friday's Top Five".

I've seen 3 of the 5 movies you've referred to (the ones that have taken the odd numbered positions), and yes I found each of the 3 to be wonderful, and the respective leads as brilliant as ever.

Jack Nicholson happens to be one of my favourite actors, and I might have offered his astounding performance as Jake Gittes in Chinatown the top position in the list. But then, that's a close call anyway.

Chevy Chase as Fletch in Fletch and Fletch Lives.

God, I love Humphrey Bogart film noirs! I just ordered the Bogie and Bacall boxset as those films sizzle with chemistry. Glad to see Bogey made your number one