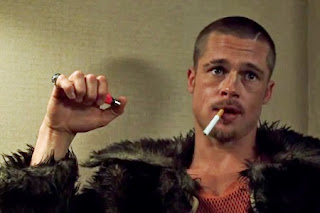 #5: Brad Pitt, Fight Club
Brad Pitt has been a movie star for two decades and counting, but if you had to chose just one performance as his "signature" one, it would have to be Fight Club's Tyler Durden. If you drew a venn diagram of Pitt's career as an actor, the grungy charisma of his performance as Durden would be the intersection between his character roles and his movie star roles. Pitt's depiction of Edward Norton's raging, violent, ultra-masculine id is one of the strongest elements of a film which has nary a weakness. 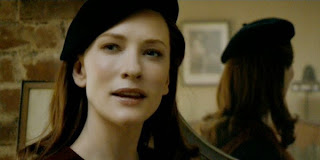 #4: Cate Blanchett, The Curious Case of Benjamin Button
Cate Blanchett is the unsung hero of The Curious Case of Benjamin Button. Playing Daisy, she guides the character from age 21 to age 81, and in the process moves seamlessly through various levels of emotional maturity which dictate the ways that she engages with Brad Pitt's eponymous character. While her forward progression through time provides a crucial counterpoint to the backwards progression of Benjamin from the start, in the final act Blanchett becomes indispensable, with the film relying on her more and more to provide the story with its emotional anchor. 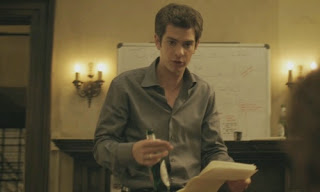 #3: Andrew Garfield, The Social Network
As the one who gets left behind when Facebook takes off, Andrew Garfield brings a wounded intensity to his performance in The Social Network. Though Mark Zuckerberg and his former friend and partner Eduardo Saverin were not a romantic couple, the story as told by the film unfolds in such a way that Saverin is like the faithful first wife tossed aside on the cusp of success in favor of someone more glamorous (in this case Justin Timberlake's Sean Parker), and the pain, jealousy, damaged pride of Garfield's performance provide an otherwise chilly film with a touch of real human emotion and warmth. 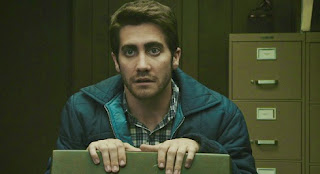 #2: Jake Gyllenhaal, Zodiac
The performances in Zodiac are uniformly good, but Jake Gyllenhaal's depiction of cartoonist/writer/serial killer obsessive Robert Graysmith is the standout. Just as the killer has an uncontrollable need to commit his crimes and then flaunt himself by taunting the police and the public, Graysmith has an uncontrollable need to keep digging and digging to get to the truth, sacrificing his job and marriage in the process. Gyllenhaal's performance combines the dogged intensity of obsession with palpable fear of a man realizing only in the moments when it may be too late that he's in over his head. Gyllnehaal's reaction in the moment when a man Graysmith is interviewing invites him down to the basement is, to my mind, the best moment in the entire film. 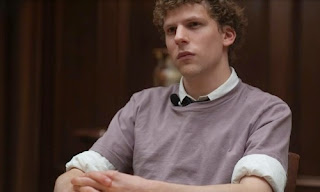 #1: Jesse Eisenberg, The Social Network
To make The Social Network work, Fincher had to find an actor unafraid to be unlikeable to play the lead. In that respect, Jesse Eisenberg is absolutely fearless, depicting Mark Zuckerberg as a man of technical brilliance, but socially clueless. The performance is sharp and caustic, but neither Fincher nor Eisenberg try to soften those edges, instead allowing the character to be a casually ruthless, sometimes robotically socially inept master of the universe in all his glory.
Posted by Norma Desmond at 8:00 AM

Cool list. There have been lots of great performances in Fincher's films. Garfield was outstanding in The Social Network. I'd probably put Rooney Mara's work in The Girl With the Dragon Tattoo at the top of my list. And I'd have Morgan Freeman in Se7en not far behind.

Morgan Freeman was on my long list; cutting it down to five was pretty difficult.