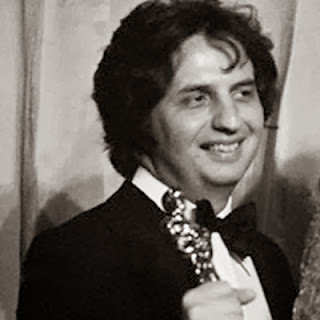 It happens to directors, too. Top of the world, and anointed by the Hollywood establishment one day, and then forgotten and making straight to video shlock the next. Sometimes the success was a fluke in the first place, sometimes the talent is there but the ego grows too large and the work becomes weighted down by the director's hubris. Michael Cimino's rise to prominence was swift - a couple of writing credits, followed by a critically and commercially popular debut, followed by an Oscar winning classic - but his fall as even sharper. His failure, arguably, had a greater impact than his success, seeing as it not only derailed his career, but also helped usher in a quick end to the auteur era of American cinema, changing the course of Hollywood movie making for the next decade.

Cimino's career started on pretty solid footing, writing the screenplays for the environmentally themed sci-fi Silent Running and Magnum Force, the second entry in the Dirty Harry series, and then making the leap to directing with Thunderbolt and Lightfoot, a tried and true "veteran paired with a young turk" buddy type film which received solid reviews and decent box office. Then, with just those three films to his credit, he wrote and directed The Deer Hunter, which would be nominated for nine Oscars and win five, including Best Picture. Cimino himself walked away with two of those Oscars, for directing and producing the film, and was also nominated for the screenplay. Though the film was controversial even at the time of its release due to questions about accuracy, and though revisionism has made it seem like one of the more divisive Best Picture winners of all time, the film was pretty well received by critics at the time of its release.

It's pretty much all downhill from The Deer Hunter, though. His follow-up was the notorious Heaven's Gate, a film which became synonymous with disaster due to its bloated production budget, minimal box office, and critical lambasting. The title has become shorthand for the kind of artistic self-indulgence that made the auteur system unsustainable in the eyes of Hollywood's money men. Recent critical reassessment of the film has been kinder than the original reception, but the words "Heaven's Gate" still get tossed around every time an enormously budgeted film is underway and testing the limits of excess. The failure of Heaven's Gate had an even greater impact than the success of The Deer Hunter, permanently derailing Cimino's career and bringing about the end of United Artists as a studio.

After the Heaven's Gate disaster, there followed a handful of films which made little to no impact on the cultural imagination. Year of the Dragon was a controversial and critically polarizing film most notable for drawing protests from Asian American groups. The Sicilian was a crime drama adapted from a novel by Mario Puzo with a post-production so troubled it had to be settled with a lawsuit. Desperate Hours, a remake of a William Wyler film, followed and landed with a critical and commercial thud. His final feature, Sunchaser, came in 1996 and went straight to video.

Every director has a failure or two on his or her CV, but few have found themselves as reviled as Cimino. So is this a case of Oscar curse? Well, maybe. His reputation as a difficult egomaniac and compulsive liar probably didn't help either, though.
Posted by Norma Desmond at 8:00 AM

I don't think he got the Oscar curse. It was rather through his own ego that did him. He really thought he was going to be the next great American director and bring back the epics. Instead, he just lost control and insight while the people in United Artists I think didn't do enough to stop him. It's been 17 years since he last made a film and six years since he last directed anything. I don't think he's ever going to return.