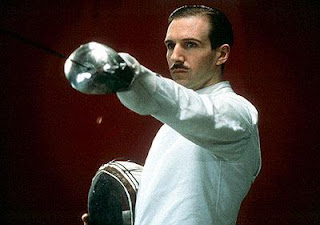 #5: Ralph Fiennes as Ignatz Sonneschein, Adam Sors & Ivan Sors in Sunshine
Sunshine is a sprawling epic in which Ralph Fiennes plays men from three generations of the same family, each forced to confront anti-Semitism in various forms and to varying degrees of intensity. Fiennes creates three distinct characters within the film, while also instilling them with the common threads that connect each of their stories beyond the fact that they're connected by a generational line. 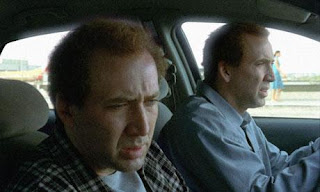 #4: Nicolas Cage as Charlie Kaufman & Donald Kaufman in Adaptation.
Oh, Nicolas Cage. Capable of being so very, very good and capable of being so astonishingly bad. In Adaptation. it's all good as twins Charlie and Donald Kaufman, one a serious and seriously neurotic screenwriter, the other a goofy, happy-go-lucky screenwriter. It's a near-pefect set of performances. 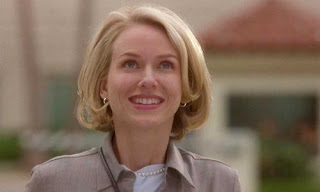 #3: Naomi Watts as Betty Elms & Diane Selwyn in Mulholland Drive
Hands down, one of the single best performances of the last 15 years. Naomi Watts stars as both Betty, a sunny, wannabe actress, and Diane, a beaten down actress whose dreams of stardom have long since died. The characters are so completley opposite from each other, and the performances as each so good, that you sometimes have to remind yourself that both women are played by the same actress. 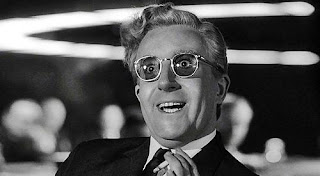 #2: Peter Sellers as Lionel Mandrake, President Merkin Muffley & Dr. Strangelove in Dr. Strangelove
Peter Sellers was no stranger to playing multiple roles in one film - in addition to Dr. Strangelove, he performed the feat in The Mouse That Roared, Lolita and The Prisoner of Zenda - but this is where he did it best. He's just brilliant here. 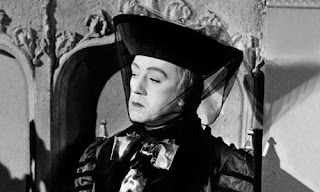 Alec Guiness as the entire D'Ascoyne family in Kind Hearts and Coronets
In Kind Hearts and Coronets Alec Guiness delivers a tour de force performance as the D'Ascoyne family - eight roles in all - who are killed off one by one by a poor relation with designs on becoming the next Duke of Chalfont. It's a series of performances you have to see to believe.
Posted by Norma Desmond at 8:00 AM

The only one of your movies that I've seen IS Kind Hearts and Coronets. Alec Guiness was an amazing actor.

I'be been wanting to see Mulholland Drive for ages, ditto Adaptation. I'm not sure why I've missed Dr. Strangelove. I'd never heard of Sunshine.

Yeah, I've actually never met another person who has seen Sunshine. It's a bit of a hidden gem, I guess.