Note: this post was originally intended for last week in anticipation of Sucker Punch. I haven't seen Sucker Punch but, from what I've heard, all the movies on this list are better than that one 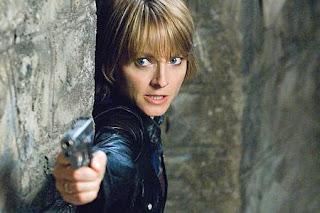 This Death Wish style revenge thriller about a woman who becomes a vigilante after she and her fiancée are involved in a violent attack contains one of Jodie Foster's most intriguing performances to date. Largely overlooked amongst the wealth of great films from 2007, it's a film worth reassessment. 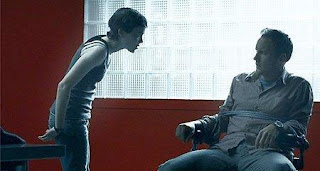 Hard Candy is a ridiculously creepy movie. Centering on a girl who decides to trap a pedophile and make sure he never strikes again, it's a film full of moral ambiguity and containing great performances from Ellen Page and Patrick Wilson. 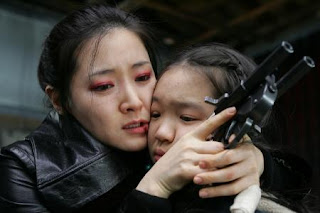 The third part of Park Chan-wook's vengeance trilogy, and the only one that's female driven, Sympathy for Lady Vengeance is a stylish, blood soaked movie. Lee Young Ae is awesome in the leading role, as a woman steamrolling her way to revenge against the man who put her in jail and took her daughter away from her. 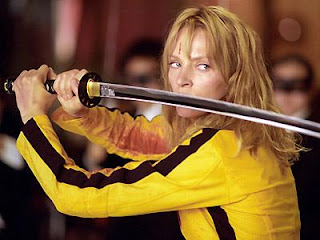 A revenge tale so grand it requires to films to tell it. Quentin Tarantino and Uma Thurman reunite for this one-two punch which, like film #3, is about a woman violently separated from her daughter. 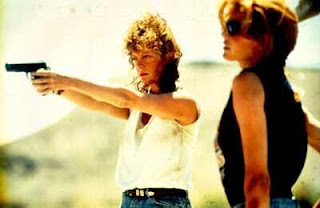 Thelma & Louise seems to have faded out of pop culture in the last decade, but it's a film worth revisiting. It's a little over the top, sure, but it's also pretty damn entertaining.
Posted by Norma Desmond at 8:00 AM

Great idea for a post, and awesome choices. I know they're obvious selections, but I've also gotta mention Sarah Conner and Ellen Ripley from the TERMINATOR and ALIEN films - arguably two of the most empowered female action stars to ever grace the screen.

I don't know that I'd really consider Ripley as someone who is victimized and then fights back, but you're right about Sarah Conner. Terrible omission on my part!

This is my favorite kind of list! Yay! These movies are all excellent (well I haven't seen The Brave One so I have no idea there). I would bring up Sarah Connor as well, but I see Tom has mentioned her. I recommend FOXY BROWN and Prachya Pinkaew's CHOCOLATE also.

And yeah, you're not missing much with SUCKER PUNCH. Eh.

Terrific work! This is the type of information that should be shared around the web. Shame on the search engines for not positioning this post higher!