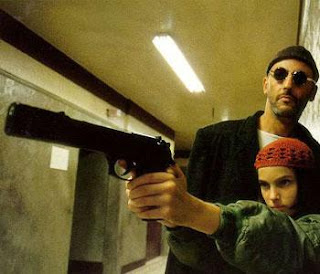 Leon is not just a skilled assassin, he's a one man killing machine, capable of taking on a veritable army all on his own. Seriously, you don't want to get on his bad side. 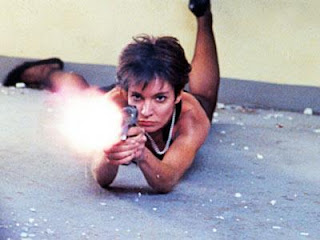 A character so intriguing that she's inspired a remake and two TV series. How effective is she? Let's just say she kills the #5 selection (well, a character played by the same actor, at any rate). 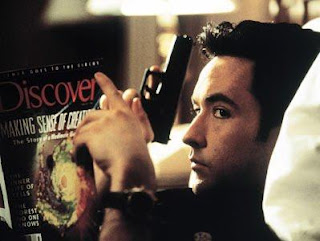 "Don't kill anyone!" Martin's psychiatrist implores. Oh, if only it were that easy. If you've never seen Grosse Point Blank - and why haven't you seen it? - check it out. It's one of John Cusack's best performances. 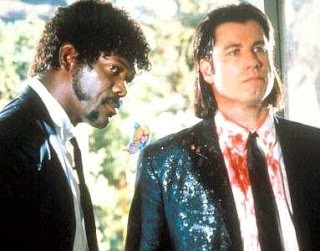 Not only will they kill you, they'll eat your cheeseburger first. 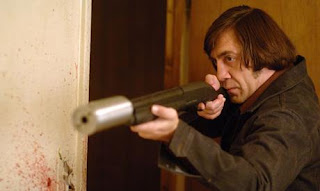 One of the scariest film characters of the last ten years, a relentless killer who mows down everyone in his path. You can't stop what's coming, my friendos.
Posted by Norma Desmond at 8:00 AM

I haven't seen Le Samourai, though it is on my list of movies I need to see (a veeeeery long list). Soon, hopefully.

Terrific list. I wonder how close Raymond Shaw (Lawrence Harvey) from "The Manchurian Candidate" came to making the top 5?

Pulp Fiction & No Country for Old Men are 2 of my favourite films, so loved seeing their unforgettable assassins topping the list. I liked Leon a lot too.

Though I didn't like La Femme Nikita much, but I guess I'm on a minority on that given its enormous popularity.

And finally, I too had found Grosse Pointe Blank a fun movie, and it was really nice seeing John Cusack's existential crisis-ridden assassin finding a place in your list.