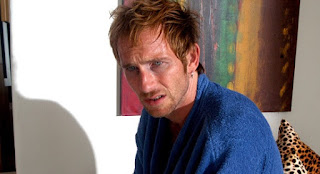 #5: It's All Gone Pete Tong
The sharpness of this film about a DJ who goes deaf and tries to continue his career can be summed up in one line: "Generally the field of music, other than the obvious example, has been dominated by people who can hear." 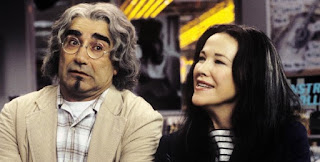 #4: A Mighty Wind
This film from that master mockumentarian, Christopher Guest, has a lot to recommend it but it's worth seeing just for Catherine O'Hara and Eugene Levy as former musical and romantic partners Mitch and Mickey. Outside the confines of the film, the characters would appear at the 76th Academy Awards to perform the nominated song "A Kiss at the End of the Rainbow." 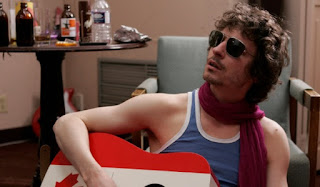 #3: The Life and Hard Times of Guy Terrifico
Probably the least known and least seen of the films in the list, which is a shame because it's a really good, really funny movie about an aspiring musician who wins the lottery and succumbs to all the trappings of fame before actually becoming a successful musician and then tries to pull it together so that he can start his career after experiencing his fall from grace. 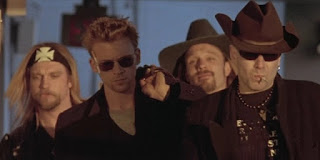 #2: Hard Core Logo
A Canadian film classic, voted in multiple polls as one of the best Canadian films ever made, Hard Core Logo is a great movie about the classic rock rivalry between the showboating frontman and the charismatic guitarist who threatens to steal the spotlight. That internal conflict is at one point aptly described by the front man thusly: "There's two ways to look at it: Billy wants the models and limousines, while I'm happy with hookers and taxicabs." 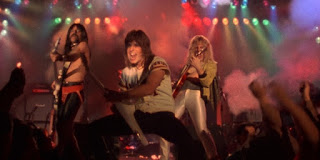 #1: This Is Spinal Tap
I mean, it couldn't possibly be anything else, right? This Is Spinal Tap isn't just the pinnacle of the subgenre, it's one of the best comedies ever made.
Posted by Norma Desmond at 7:09 PM

Hmm, I don't think of Walk Hard as being a mockumentary. It's mocking, certainly, but it's not playing at being a documentary; it's a straight up parody of biopics like Walk the Line. If it was a list of comedies about musicians, Walk Hard would be right up there for sure.

Haven't even heard of a couple of these. The one I would put in any of their places is Waiting For Guffman.