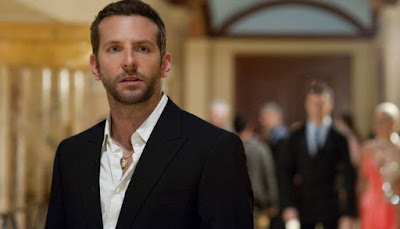 No matter what happens, Cameron Crowe will always be the person who gave the world Almost Famous. No matter how many Vanilla Skies, Elizabethtowns, We Bought a Zoos, and Alohas he tosses out, he'll always be the man behind Almost Famous and he'll always be the man behind Say Anything..., and he'll always be the writer of Fast Times at Ridgemont High. Nothing can take that away from him, not even a movie as pointless, plotless, culturally insensitive, and generally misguided as Aloha. Rarely has such a talented cast of actors been so wildly misused, and yet, had Aloha been released even just a year or two earlier, it probably could have amassed a decent box office take on the strength of its cast alone (with a budget of only $37 million, it wouldn't have had to make that much to be considered a modest success, which makes its $21 million take an all the more egregious failure). Alas, it instead came out at a point in time when the social pendulum had finally swung far enough to make Aloha, and movies like it, a flashpoint for Hollywood's diversity problem, sinking it so deep in controversy that whatever virtues it may possess (and I found basically none) became obscured, while it's many other flaws became only more prominent.

To be honest, I'm not even entirely sure what to say Aloha is even about. It's the same sort of story that drove Jerry Maguire and Elizabethtown, one of a man who has failed spectacularly at something and finds a way to get his mojo back thanks, in part, to the right woman. It's a story about a billionaire trying to pull off a plot that would essentially make him the most powerful man in the world. It's a story about how the most powerful people in society use that power to take advantage of people without power. It's a story about a family that might be torn apart by a secret that no one talks about, but everyone apparently knows. Yet it's not about any one of these things long enough to make it the centerpiece of the narrative, nor does it really seem to know what it wants to do with any of these disparate elements, and so the 105 minutes of its running time is spent not just meandering between plot threads, but meandering within each of its plot threads. At any rate, Aloha stars Bradley Cooper as Brian Gilcrest, who is brought back to Hawaii after many years away in order to negotiate with the Hawaiians to receive a blessing for a new pedestrian gate so that billionaire Carson Welch (Bill Murray) can launch a satellite that will secretly be carrying a cache of weapons.

As soon as he lands on Oahu, Brian reconnects with his ex-girlfriend Tracy (Rachel McAdams), who is now married to Brian's former friend Woody (John Krasinski) and who makes a point of noting that it's been 13 years since she and Brian last saw each other as she introduces him to her 12-year-old daughter, Grace. On disembarking Brian also connects with Captain Allison Ng (Emma Stone), who has been tasked with babysitting him on behalf of the Air Force and whose enthusiasm alternately annoys and amuses him. Allison is enamored with Brian, Brian kinda likes Allison, but things are complicated by several factors, including his unresolved feelings for Tracy (and her unresolved feelings for him, and Woody's unexpressed feelings about his marriage and about Grace's paternity, and Grace's own feelings about the truth that has yet to be spoken out loud), and the conflict between Brian's cynicism and Allison's openness to the mysteries of the world and her belief in basic goodness, which only intensifies once she realizes that Brian has lied to the Hawaiians and in doing so assisted a billionaire in his attempt to pull off the sort of plot that is typically reserved for Bond villains.

The most talked about feature of Aloha at the time of its release was its whitewashing of its setting, using Hawaiians and their culture as little more than window dressing and casting the very white Emma Stone as a biracial character. These criticisms are nothing but valid. While Crowe formally apologized for casting Stone, he also partially defended the choice by noting that the character "was written to be a super-proud one quarter Hawaiian who was frustrated that, by all outward appearances, she looked nothing like one. A half-Chinese father was meant to show the surprising mix of cultures often prevalent in Hawaii." That's all well and good - it gives the character a level of internal conflict, after all - but that still doesn't explain why looking "nothing like one" has to mean looking white. Even if the character is loosely based on a real person that Crowe encountered while doing his research, that doesn't change the fact that as the creator of a fictional character he had the ability to make her anything. He literally had the power and he chose to use it to make the only significant non-white person in the movie appear as white as every other character in the movie. With respect to the "the spirit and culture of the Hawaiian people" that a Sony executive touted as being displayed by Aloha when called on to defend the movie, while it's true that the film pays the tiniest bit of lip service to the way that the government has marginalized the Hawaiians through a scene featuring Bumpy Kanahele, the Hawaiian nationalist leader, it also consistently associates Hawaiian culture with the mystical and supernatural, othering them by making them seem literally "otherworldly." Far from celebrating the "spirit and culture" of Hawaii and its people, Aloha alternates between pushing them far into the background and bringing them forward whenever it wants to toss in an element of magical realism to help the white people connect with their destiny (or whatever). In other words, it's used as nothing but a prop.

But even if it weren't for the bad choices it makes it how it depicts its characters and the people and place that surround them, Aloha would still be a disaster of a film. The dialogue for the "romantic" plot is forced and unnatural and so on the nose that it gives new meaning to the term "foreshadowing" - if Tracy's remark about Grace being 12 and it being 13 years since she's seen Brian weren't enough to give away the "surprise," there's also an exchange later when Brian observes that Grace looks just like Tracy, to which she replies, "Thank God!" - and sometimes it's just plain dumb, such as when Allison asks Brian how she can make the occupation "fighter pilot" sound sexy. Firstly, I'm not sure why it matters if an occupation sounds sexy but, secondly, isn't the idea that "fighter pilot" is the sexiest of all possible occupations the whole point of Top Gun? Why would one need to go out of their way to spice that up?

On the other end of the spectrum, there's the dialogue dealing with the satellite and Welch's deal with the Air Force and the deal that Brian has to make with the Hawaiians, which results in him offering them two mountains and free cell phone service, and the blessing and the gate, none of which is really sufficiently explained in a way that makes the story seem cohesive. Also, there's this strange moment when Brian reveals that he has part of another person's toe grafted onto his own (the result of an incident when he was working in Afghanistan), which doesn't seem to have anything to do with anything else in the movie, aside from the fact that Brian walks with a slight limp. And since Brian mentions at the beginning of the film that both of his legs were broken during the incident in Afghanistan, it's not like we're wondering why he's limping before that reveal, and then afterwards the toe thing is never mentioned again. It's weird, but also a perfect encapsulation of how everything about the movie plays out: it doesn't matter. It doesn't matter that Tracy and Woody are having problems. It doesn't matter that Brian and Tracy have something unresolved between them. It doesn't matter that Brian negotiates a deal with the Hawaiians that the people in charge have no intention of upholding. It doesn't matter that Brian and Allison have a conflict of ideals. It doesn't matter that Brian does something which results in him being threatened with prosecution by General Dixon (a particularly yelly Alec Baldwin). None of it matters and I honestly don't know what point this movie is trying to make.

Should It Have Been a Blockbuster?: No
Posted by Norma Desmond at 8:00 AM

Not only was this one of the worst films I had ever seen in my lifetime but also proof that Cameron Crowe just doesn't have it anymore. In my own review of the film. Not only did I mention the whitewashing but also how stupid everything is. Plus, I think there was a longer film somewhere but either Crowe, Sony, or both of them made a decision to save it probably suggests that the final product is either a hatchet job or something else. I doubt there's a good film in there.

Another thing about the film that I noticed was not just how safe it felt but also the fact that almost the entire film had music as if it was either an excuse to play a song or just to have it carry the story. That's just fucking lazy filmmaking.

I think one of the problems with Cameron Crowe as a filmmaker is that he's too comfortable with the stories he wants to tell. There's a saying about art. If you're on safe ground, you're fucked. Crowe likes to make films about idealists yet this film feels like there's no real characters but rather character type A or B or some bullshit. It's really one of the worst films ever made.

The only part of Aloha that feels even remotely like an actual plot is Brian's fall from grace and discovery of his "better" self courtesy of Allison, which is really just a watered down and far less compelling version of Jerry Maguire.

I'm not sure about there being a longer film that was cut, though. I recall that when the Sony hacks took place some of the emails that were leaked had to do with Aloha and the complaints from the executives were that Crowe wouldn't cut anything.