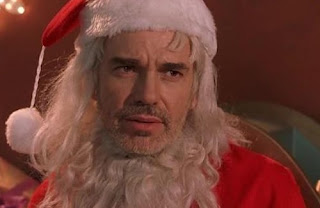 #5: Bad Santa 2
Don't get me wrong, I'm a big fan of Bad Santa. I just think that, like Zoolander and Anchorman, two other comedies that gained a worshipful enough cult status to inspire a late-coming sequel, this is a property that's probably best left as a one-time thing. However, given that the film won't come out until Christmas and the trailer hasn't even been released yet, I'm totally prepared to end up being wrong on this one.

#4: Underworld: Blood Wars
Admittedly, I've never seen any of the Underworld movies, save in bits and pieces on TV, but every time a new entry in the series comes out, I find myself thinking, "Underworld is still a thing?" Obviously it must have a fan base, though the highest grossing of the series topped out at $62 million and fell short of making back its budget. At any rate, that title makes it sound like one of those low-budget, straight to VOD, semi-sequels that marginally notable films sometimes get. 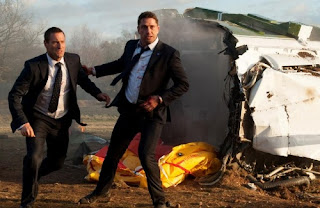 #3: London Has Fallen
I'll let the film's 28 score at Metacritic and 25% Rotten Tomatoes score speak for themselves. 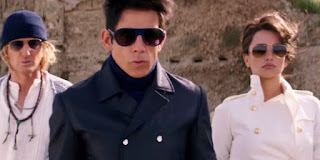 #2: Zoolander 2
I'd say that this film is proof that lightning doesn't strike the same place twice, but the original Zoolander also died at the box office before attaining the status of legend through DVD re-watch, so maybe there's hope for this one yet? 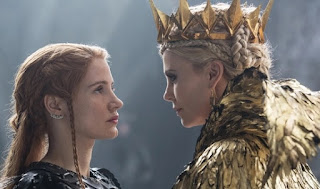 #1: The Huntsman: Winter's War
Credit where credit is due, they at least recognized that Charlie Theron's evil Queen was the real draw of Snow White and the Huntsman, an otherwise terrible movie. That said, even in a year where it seems like there's a sequel being released every single weekend, this one is the very definition of a totally unnecessary sequel.
Posted by Norma Desmond at 6:17 PM