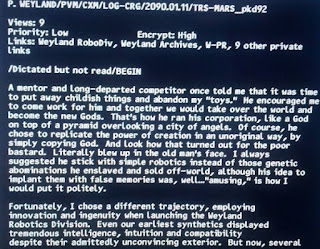 #5: The Ridley Scott Science Fiction-verse
I'll preface this by saying that this one only ranks last because the evidence for it is, let's say "fragile." By virtue of the fact of the existence of Alien versus Predator, we know that the Alien series and the Predator series exist in the same fictional universe, that one's for sure. The connection between Alien and Blade Runner, both directed by Ridley Scott, is a little less certain in terms of hard evidence, but there is a very brief shot in Scott's Prometheus, a prequel to Alien, which suggests a connection between the tycoon of that film and the tycoon responsible for the replicants in Blade Runner, so we'll allow it. So Alien, Blade Runner, Prometheus: one universe... at least until the non-Scott helmed Blade Runner sequel comes out, then who knows what'll happen. 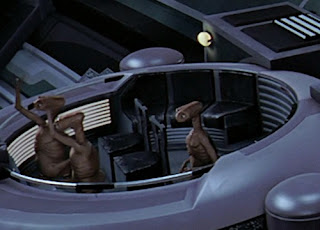 #4: The Spielberg/Lucas-verse
As with the previous entry, this isn't something that's really "for sure," I suppose, but Steven Spielberg and George Lucas have embedded enough clues in their films to at least tease the idea that Star Wars, E.T., and Indiana Jones all exist in the same universe. The evidence: a scene in Raiders of the Lost Ark where hieroglyphs on a column resemble C3PO and R2D2; the existence of Club Obi-Wan in Temple of Doom; E.T.'s reaction to seeing a kid in a Yoda costume in E.T.; the appearance of some E.T.-lookalikes in the Galactic Senate in The Phantom Menace; and probably dozens of other things that will turn up in a quick google search. 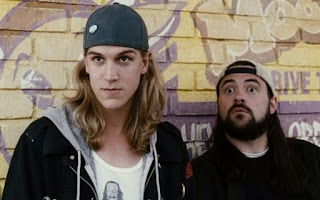 #3: The View Askewniverse
It may be hard for many of us to recall now, but back in the '90s Kevin Smith was an indie darling, and one of the great pleasures of seeing one of his new films was in discovering the ways that it connected with the ones which came previously. The Askewniverse films encompass Clerks, Mall Rats, Chasing Amy, Dogma, Jay and Silent Bob Strike Back, and Clerks II. All films feature the characters Jay and Silent Bob, and each film shares a cast member or two with the other films (playing different roles), and characters in one film sometimes make reference to characters in other films. Although the shared universe was meant to be retired with Jay and Silent Bob Strike Back, Smith returned to the well with a sequel to Clerks and will be going back for more with a third Clerks movie and a sequel to Mall Rats. 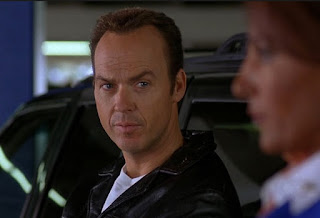 #2: The Elmore Leonard-verse
Sticking strictly to the films that have been adapted from Elmore Leonard's work, this universe includes Jackie Brown, Out of Sight, Life of Crime, none of which are made by the same filmmakers, but are connected by shared characters. Characters Ordell Robbie, Louis Gara, and Melanie Ralston all appear in the '70s set Life of Crime and the '90s set Jackie Brown, and Ray Nicolette is an FBI agent who appears in both Jackie Brown and Out of Sight (played both times by Michael Keaton). I haven't seen Life of Crime (and given that the character Melanie is played by a 37 year old Isla Fisher there and a then-34 year old Bridget Fonda in Jackie Brown, I'm going to assume she exists in some sort of time warp), but since Jackie Brown is one of Tarantino's best movies, and Out of Sight is one of Steven Soderbergh's best movies, this one automatically ranks high. 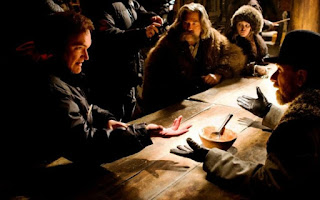 #1: The Tarantinoverse
The shared universe created by Quentin Tarantino is a particularly interesting one because it's not just one shared universe spread across all his films, but a shared universe of some films within the shared universe of the rest of the films. Reservoir Dogs and Pulp Fiction are the "real world" (Jackie Brown may exist in this universe, too, but I'm not totally clear on whether that film is considered part of the shared universe) and Death Proof, the Kill Bill movies, and Django Unchained are movies within this fictional universe that the characters in the "real" world have seen (and Kill Bill and Django are connected by virtue of Django's character King Schultz, whose wife's grave makes in appearance in Kill Bill: Volume 2). Inglorious Basterds and The Hateful Eight, meanwhile, are part of the "real" world by virtue of a character connection between The Hateful Eight and Basterds, a different character connection between Basterds and the Tarantino-scripted True Romance, and another character connection between True Romance and Reservoir Dogs. I'm sure it all makes sense in Tarantino's head.
Posted by Norma Desmond at 8:00 AM