#5: Mission: Impossible
When the first entry in the Mission: Impossible film series came out almost 20 years ago, I'm not sure anyone was expecting that four more films would follow. Given the length of time between some of those films (6 years between the second and third, 5 years between the third and fourth), it feels as if each film since the first has been made on the assumption that it would be the last. While M:Is II and III are a bit hit and miss (and Ghost Protocol is the lone entry not to see a summer release), the first film remains an awesome action spectacle.

#4: Minority Report
The coming together of two movie superpowers - Tom Cruise and Steven Spielberg - Minority Report is a great science fiction/mystery/action thriller. A TV series based on the film is set to premiere this fall, but the 2002 film is well-worth revisiting as it remains a vital and thought-provoking piece of work, in addition to being full of action and thrills. 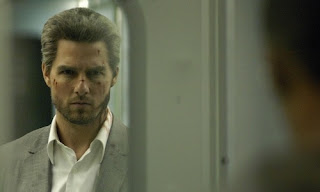 #3: Collateral
A rare role in which Cruise plays the bad guy, Collateral features one of the actor's most interesting performances as a cold blooded hitman. This dark role in a very dark film is about as against-type as Cruise has ever gotten (his small role in Tropic Thunder aside) and demonstrates that he has more range than he's often given credit for, even as the film delivers a lot of what you expect from summer movies in the form of action. 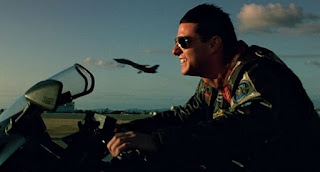 #2: Top Gun
Bear in mind: I'm not arguing that Top Gun is a better film than the lower entries, but as a summer entertainment specifically, it has to be near the top of the list. Hell, I think you could release Top Gun in theaters this weekend and it would be more purely entertaining than most of what you'll find at the multiplex right now. 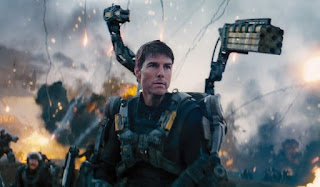 #1: Edge of Tomorrow
"Botched" hardly seems like a strong enough word for what happened with the release of Edge of Tomorrow (or "Live, Die, Repeat," or whatever they're calling it today). This is a fantastic summer movie that, for all it has to offer, should have been huge when it was released last year, but instead only managed to limp to $100 million at the box office.
Posted by Norma Desmond at 8:00 AM