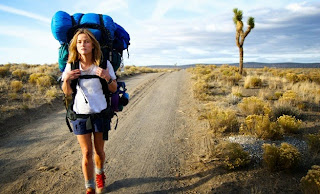 When the nominations for the biggest awards started being announced earlier this year, many of the articles that I read which focused on the general lack of diversity in Hollywood storytelling singled out Wild as the sort of great female-driven film that was being ignored and left behind by awarding groups whose membership comprised primarily of white men. Not having seen the film at that point, I didn't really know how valid that criticism was, and having now seen it, I'm somewhat perplexed. Wild is not a great movie, let alone a great movie about women. It's a fine movie and it features a fairly meaty leading role for a woman (in this case Reese Witherspoon, Oscar nominated for it), but it really never rises to the level of greatness as a film, and when it comes to its depiction of women it's never quite as progressive as it seems to want to take credit for, and actually embraces some fairly tired cultural ideas about women and their value within society.

Based on the memoir by Cheryl Strayed, Witherspoon stars in Wild as Strayed, who undertakes to hike the Pacific Crest Trail in an effort to find herself and put herself back on the right track after years spent in a downward spiral. That spiral begins with the death of her mother Bobbi (Laura Dern, also Oscar nominated) and leads her to drug addiction and indiscriminate sex, which eventually destroys her marriage and leaves her wondering when, exactly, she became such a worthless person. As she flops to rock bottom, she seizes on the idea of hiking the PCT and walking her way back to the woman her mother thought she was capable of being. Whether this will actually work, and what it actually means to "be" this other version of herself, isn't entirely clear even to Strayed herself but having lost her mother and her husband and having no home or job to give her any sense of being rooted to any particular place, she has no reason not to take the chance.

Setting out on her long journey, Strayed is at once over and under prepared. Her pack becomes legendary among other hikers that she encounters for its ridiculous size, filled as it is with many unnecessary items while also lacking many necessities. In addition to the difficulties that Strayed has lugging around the over-sized pack (in one of the film's lighter moments, Strayed straps the pack to her back... and immediately falls backwards onto the ground like an overturned turtle), she's also purchased boots that are a size too small and leave her feet blistered and bloody, and she's brought along the wrong kind of fluid for her camping stove which leaves her trying to subsist on a diet of "cold mush." Moreover, she's not making great progress on a day to day basis during her hike, averaging something like 10 miles a day and being shocked when she learns that other hikers are clocking in at about 22 miles per day. On her way from the Mojave Desert to Washington State she meets many people, most of whom treat her with kindness (sometimes unexpectedly), some of whom leave her feeling threatened, but the experiences collectively help Strayed in her efforts to heal herself and when she comes to the end of her journey, she'll truly feel as if she's closed the door on her past.

Strayed is a complex character, one who is at once resourceful and completely in over her head, intelligent but incredibly self-destructive and capable of making some very dumb decisions and taking very dangerous risks, capable of feeling great love for those around her but also capable to lashing out at those people in brutal ways. While Witherspoon may not necessarily have the kind of gritty on screen image that would allow one to easily imagine her in a role like this sight unseen, it should be said that her performance here is very good and that she slips into role without holding anything back and without shying away from the less savory aspects of the character's experiences. It's been a while since Witherspoon had a role which seemed as though it was really challenging her and allowing her to fully flex her acting muscles, but a performance like the one in Wild reminds you that once upon a time she so beautifully played Tracy Flick, the tightly-wound, smiling face of suburban evil.

The protagonist of Wild is an interesting one and one who often makes statements which characterize her as a feminist, though I'm not entirely sure that I would call the film itself feminist. For one thing, Wild often defines Strayed's "badness" according to her sexuality. When she and her husband are discussing their impending divorce with a third party, they explain the marriage as having failed due to Strayed having cheated several times, rather than Strayed having cheated several times while in the throes of an addiction to heroin. Certainly, the infidelity would play a role in the end of the marriage, but one would think that that would be a distant second to the crippling drug addiction in terms of destruction. Scenes of her drug use, almost entirely, occur when Witherspoon is fully or partially naked and usually in bed with an actor who is equally naked, which makes it difficult to see her sexuality as anything but directly tied to her impulse towards destruction. In addition to this, there are also smaller things like the fact that when another character goes through her pack to help her toss out the things she won't need, the item that the film pauses at the longest are the condoms she's brought, and the fact that her rock bottom arrives when she learns that she's pregnant and realizes that she doesn't know who the father is. This isn't to say that this isn't true to how things occurred in real life (I've never read Strayed's book, so I have no idea how much of the film is "true"), just that the film tends to use sex as a means to underscore how far the character's life has gone off the rails and how capable she still is of making really bad decisions.

Another issue with the film generally and its depiction of women is the depiction of Strayed's mother, Bobbi. Like Witherspoon, Dern turns in a very good performance, one which is the strongest in the moments when it is at its quietest, but Wild's sometimes narrow view of women does the character a disservice. As portrayed by the film, Bobbi is essentially a saint, a pillar of strength who gave and gave and gave to those around her and never got anything back in return. Again, there's a possibility that this may be true to how it was in real life, but it feels very reductive. Bobbi is pure good because it makes for the most effective contrast when exploring the depths to which Strayed falls. That feels too easy and instead of adding a greater sense of profundity to the story, it detracts from the more naturally compelling aspects of Strayed's story. Wild isn't a bad film; it's beautifully shot and well-acted and generally engaging, but it's nothing particularly special.
Posted by Norma Desmond at 6:20 PM