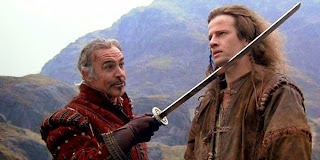 #5: Highlander
There can only be one - and the fact that most people don't have to have seen Highlander to know that just goes to show how deeply it has become rooted in pop culture despite being considered a "cult" film. This tale of immortals who must engage in a battle royale until only one remains is inherently a little bit silly, but it's also pretty damn entertaining. 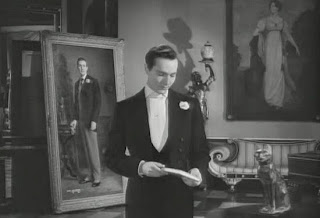 #4: The Picture of Dorian Gray
A horror classic based on the novel by Oscar Wilde, The Picture of Dorian Gray depicts the upside and the downside of immortality. The upside is entirely superficial - the eponymous character gets to enjoy youth and beauty indefinitely - while the downside is that the experience of, essentially, having no consequences entirely corrupts his soul, leaving him as twisted on the inside as he is attractive on the outside. While perhaps not particularly scary by today's standards, Albert Lewin's adaptation remains a solid film. 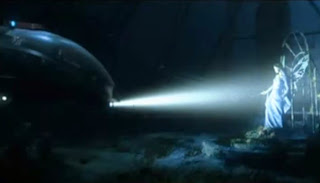 #3: A.I. Artificial Intelligence
I'm not sure there are many recent cinematic images sadder than that of the boyish robot David asking the Blue Fairy to make him a real boy, and then repeating the question over and over until he becomes frozen in time with the onset of a new ice age. David lives well past the point where all human life is extinct, but all he really wants is to be mortal, to grow up, to be loved. It's a beautiful, poignant, and ultimately devastating movie. 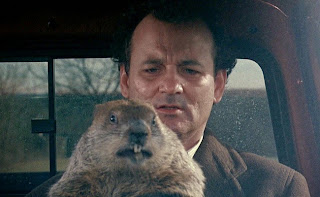 #2: Groundhog Day
Imagine if you could live forever, but you had to live forever by experiencing the same day over and over and over again. You would have the luxury of having the time to master any skill, and being able to do pretty much whatever you want, but you would also probably go slowly insane. Harold Ramis' Groundhog Day is a brilliant movie and easily one of the best films of the 1990s. Unfortunately you wouldn't know that from the number of awards it received in 1993, since comedy never gets any respect, but at least the film has achieved a kind of immortality of its own as a film that continues to be beloved and find new viewers. 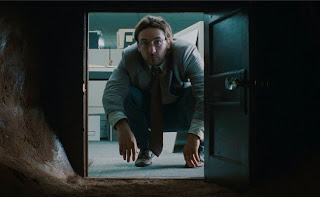 #1: Being John Malkovich
In Spike Jonze's still delightful feature debut Being John Malkovich immortality is achievable - as long as you don't mind living inside the body of someone else, possibly in the company of several other people. Malkovich remains my favorite of Jonze's films and one of my favorites of all time. It's a film that I can just watch over and over without it ever losing the qualities that make it special.