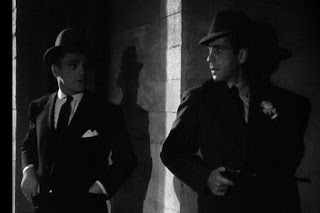 #5: The Roaring Twenties
Before he was a star, Humphrey Bogart was the guy who was always getting killed by James Cagny and Edward G. Robinson. In The Roaring Twenties Bogart and Cagny are army buddies who rise - and violently fall - as bootleggers. 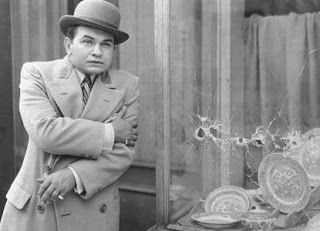 #4: Little Caesar
A pre-Code classic in which Edward G. Robinson plays one of his most memorable villains, Caesar Enrico "Rico" Bandello. The film made Robinson a star but also angered the author of the novel on which it was based, who felt that the film depicted Rico with a little too much gay subtext. 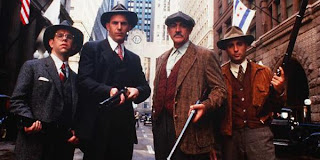 #3: The Untouchables
"They pull a knife, you pull a gun. He sends one of yours to the hospital, you send one of his to the morgue. That's the Chicago way." One of the few gangster movies where the protagonist is the cop, rather than the gangster and the film for which Sean Connery won an Oscar as Best Supporting Actor. 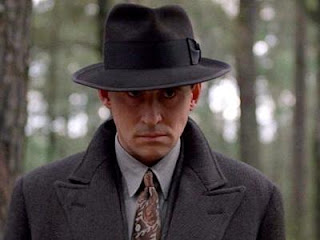 #2: Miller's Crossing
The Coens. You can rarely go wrong with their films. A great take on film noir starring Gabriel Byrne and Albert Finney (along with some Coen regulars), the film amazingly received absolutely zero Oscar nominations, having perhaps been overshadowed by the other great mob movie of 1990, Goodfellas. 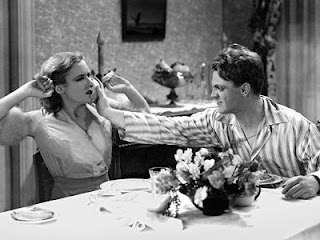 #1: The Public Enemy
James Cagny played his share of bad guys during his career, but I'm not sure he ever played a nastier character than Tom Powers. This is the film with the infamous scene of Cagny smashing a grapefruit into the face of Mae Clarke, who played his character's girlfriend.
Posted by Norma Desmond at 8:00 AM