20 Movies To See This Fall

With 20 movie going weekends left in 2012, now seems like as good a time as any to highlight the most exciting/intriguing films to be released in the coming months. While it's likely that there are still some hidden gems that won't find distributors until after running through the festival circuit, here are the top 20 movies to keep on your radar heading into fall:


August 31: Lawless
It looks to be the middle ground between summer action and highbrow period piece. I'm not a big fan of Shia LeBeouf, but for Tom Hardy, Jessica Chastain, Mia Wasikowska, and Gary Oldman I'll definitely give this one a shot.


September 14: The Master
The Paul Thomas Anderson movie that is totally not about Scientology, starring part-time actor, full-time weirdo Joaquin Phoenix. Whether this will prove to be a masterpiece of a disaster is yet to be determined (though judging by the trailer and PTA's past work it will be the former), but it will certainly be worth checking out either way.


September 28: Looper
Director Rian Johnson and Joseph Gordon-Levitt have teamed up with great success in the past, making this a film worth keeping an eye on. Based on the trailer I'm not totally on board with the premise, but I'll reserve judgment until the film coms out.


September 28: Trouble with the Curve
This one's got Oscar written all over it. Clint Eastwood is already being talked about as a potential Best Actor nominee and Amy Adams could definitely slip into the Supporting Actress race, as she's done so often before. I'm not really keen on Justin Timberlake as an actor, but expect that Eastwood and Adams will provide an effective counterbalance to him.


October 12: Argo
Ben Affleck's third directorial feature after Gone, Baby, Gone and The Town. Taking the lead once again, he's surrounded himself with a terrific supporting cast and selected a true story as the basis for what looks to be an exciting political thriller.


October 13: Killing Them Softly
For my money The Assassination of Jesse James by the Coward Robert Ford is one of the best and most overlooked films of the last decade, so the reteaming of star Brad Pitt and director Andrew Dominik has to be on my "must see" list.


October 26: Cloud Atlas
I have absolutely no idea how the book Clood Atlas could possibly be turned into a film, so I guess my interest in this one is of the "morbid curiosity" variety. If they pull it off, it will be an amazing feat. If they don't, it has all the makings of a fascinating train wreck.


November 6: Flight
Denzel Washington is always a reliable lead, even when the film itself leaves a little to be desired. The "great actor, not so great movie" dilema doesn't look like it will apply to Flight, the first live action film from director Robert Zemeckis since 2000's Cast Away. 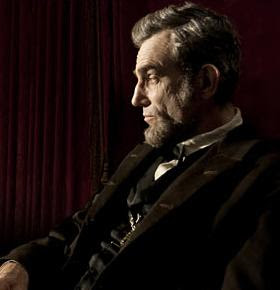 
November 16: Anna Karenina
The trailer for Joe Wright's Anna Karenina is perhaps my favourite of this entire year. Sure Anna has already been adapted to the screen multiple times, but Wright's version looks like it might inject new life into an old classic.

Director's Jacques Audiard's follow-up to his fantastic 2009 film, A Prophet already made a splash at Cannes and by all accounts features great performances from stars Marion Cotillard and Matthias Schoenaerts.


November 23: Life of Pi
Like Cloud Atlas, I'm not entirely sure how Life of Pi could be transitioned to film, but I'm curious to find out. Let's just hope that director Ang Lee learned some lessons about CGI after the Hulk.

December 7: Hyde Park on Hudson
Pretty much everything about this movie makes me want to see it. Bill Murray as FDR, Olivia Williams as Eleanor, and Laura Linney as FDR's mistress.


December 14: Les Miserables
From the looks of the trailer, this is going to be a lavish, larger than life musical. I've never seen the stage play but I've read the book and can't wait to see if director Tom Hooper is able to capture the vast, sprawling nature of the story.


December 21: Zero Dark Thirty
Originally called "Kill Bin Laden," this marks Kathryn Bigelow's return to the big screen after winning the Oscar for The Hurt Locker. Bigelow reportedly received unheard of access to classified information while making the film, so expect a high sense of realism (and intensity, judging by the trailer).


December 21: The Impossible
Taking on the Boxing Day 2004 tsunami as a subject, The Impossible looks pretty much completely emotionally devastating. Aaaaand, Christmas might not be the best time to release it since, you know... but, it has Naomi Watts and Ewan McGregor and it looks like the disaster scenes will be really well done.


December 21: Love
Michael Haneke's latest was this year's Palm D'Or winner, which in itself makes it worth checking out. I don't know a ton about the plot but given that Haneke's films are pretty much never what they at first appear to be, I'm sure that doesn't matter.


December 28: Django Unchained
Tarantino. That is all. 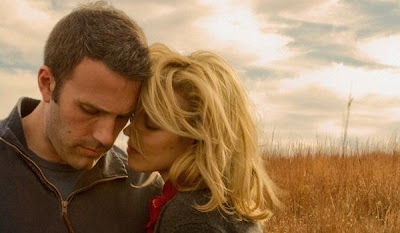 TBD: To The Wonder
Who would have figured that Terrence Malick - who took decades between his second and third films - would release two films in the space of two years? Assuming, of course, that To The Wonder finds a distributor and doesn't end up being subjected to the same delays as The Tree of Life.
Posted by Norma Desmond at 9:20 PM

One I can think of that you omitted is actually the trailer I posted today - SEVEN PSYCHOPATHS, the follow-up film from the director of IN BRUGES.

Go take a look - I have it on the authority of some who have seen preview screenings that it's one of this year's very best.

Ah, how'd I miss that? I love In Bruges!


I'm not sure how I feel about JG-L's makeup in Looper.. I think it'll just be distracting. He looks bizarre, not even like Bruce Willis. Voice is good though.

I love Amy Adams and I'm sure she'll do an excellent job, but I'm so OVER this cliche. "I was raised by a tough dad/lots of brothers, so I can hang with the boys in a man's world. But I'm still sweet and feminine and just want my daddy's/boyfriend's love!" meh. And it looks like she's the ONLY woman in this film. That seems to be par for the course for Eastwood nowadays (a female boxer's mentor in Million Dollar Baby, the girl-next-door's grouchy grandpa figure in Gran Torino, etc). Like his gruff exterior is brought down by the sweet girl with a heart of gold. Done to death.

Argo, on the other hand, looks straight up FANTASTIC! Can't wait to see it. The trailer for Anna Karenina looks wonderful, but it could very easily turn into another Pride & Prejudice travesty.. we shall see!

Thanks for putting all these together!