A Few Words About Paul Newman 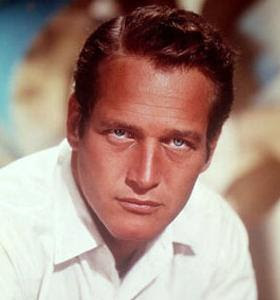 If memory serves me right, the first Paul Newman movie I ever saw was Slap Shot. I was probably about 10 and my dad had rented it in order to keep my brother and I occupied for a couple of hours, having remembered liking it but apparently having forgotten all the things that might make it a bit objectionable for two kids to watch. In the years since I continued to discover and rediscover Newman in other films and found him to be a consistently solid actor and consistently likeable – even when he was playing characters you shouldn’t like under any circumstances.

If I had to choose my favourite Newman performance, I suppose that I would ultimately pick his portrayal of the title character in Hud. I know from having read interviews that he was uncomfortable with the fact that Hud ascended to a kind of heroic status in pop culture, but I’m not sure that it could have ever been any other way. Newman is so good in this role, brings so much dimension and vitality to it, that even when you hate Hud, you also empathize with him. It’s a testament to Newman’s ability that the character strikes such a resonant chord and that so many of his other characters do the same.

Newman was one in a million. He was just as talented as Marlon Brando or Montgomery Clift and just as cool as James Dean or Steve McQueen, but he lacked their self-destructive tendencies. He didn’t flame out or let off-screen antics overshadow his talent. Instead he gave us five decades of solid work in front of and behind the camera, creating a varied tableau of films and characters that any actor would covet.

Given the frequency with which the media reported on his failing health over the summer, Newman’s passing isn’t particularly surprising, but it does make me particularly sad. I find myself feeling the way that I felt when Katherine Hepburn or Gregory Peck or Marlon Brando died, as if another inch of the curtain was falling on an era when being a movie star meant more than just being a famous actor. Newman had that old school glamour, that old school charisma that can’t be faked or imitated, that just is. They don’t make 'em like this anymore and he leaves behind a void that will never be filled.

Posted by Norma Desmond at 6:30 PM

it's hard not to admire Paul Newman for putting his money to work in such productive ways, such as his Newman's Own line--high quality stuff and the proceeds go to good causes... very smart.