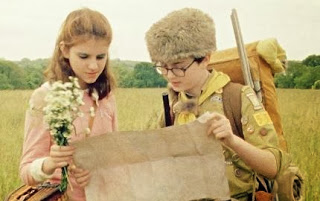 #5: Sam & Suzy, Moonrise Kingdom
These are two characters at a tricky stage in their development, at the cusp of adolescence they aren't quite kids anymore, but they still have the innocence of kids. They're play acting a grand romantic story of star crossed lovers, but the hints of melancholy around them, the fact that they are both fundamentally lonely people who have found a kindred in each other, make the relationship dead serious. 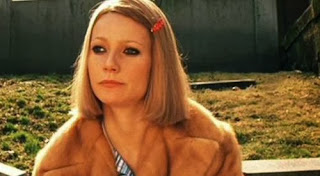 #4: Margot Tenenbaum, The Royal Tenenbaums
I'm not really a Gwyneth Paltrow fan, but I can't really imagine anyone else in the role of Margot Tenanbaum. Paltrow is deadpan perfection as the sole daughter of the Tenenbaum clan, a depressed playwrite with half a finger missing. The Royal Tenenbaums is a film stacked with great lines, but Paltrow's reading of "I do, kind of" in response to Margot's husband asking if she loves him anymore is probably my favorite. 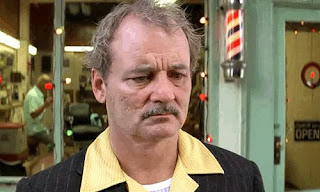 #3: Pretty Much Every Character Bill Murray Has Played
Herman Blume, Raleigh St. Clair, Steve Zissou, Badger, Mr. Bishop - I think movie lovers everywhere can be thankful that Bill Murray and Wes Anderson found each other. The two have proven to be a perfect fit in film after film, and will hopefully keep on creating great characters together for years to come. 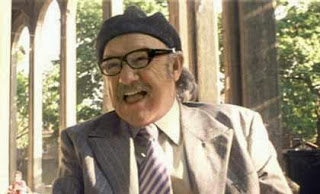 #2: Royal Tenenbaum, The Royal Tenenbaums
Royal Tenenbaum may be a bastard, but lord is he ever a magnificent bastard. As played so joyfully by Gene Hackman, and depicted so affectionately by Anderson, he's a character that you can never quite hate no matter how terribly he behaves. He may be a selfish asshole, but when he says "I want this family to love me" it's never anything but sincere, and in it's way it's quite moving. 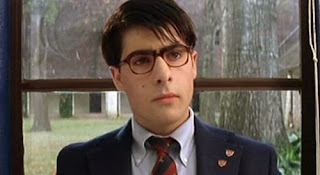 #1: Max Fischer, Rushmore
Uncommonly intelligent, mature but not quite as mature as he'd like to think he is, eccentric and a true individual, Max Fischer is the kind of character that the teenage protagonists of a lot of films try but fail to be. Together, Anderson and Jason Schwartzman perfected the type and created the hands down best character in Anderson's oeuvre.
Posted by Norma Desmond at 8:00 AM