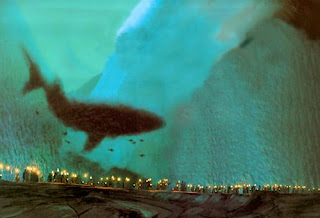 #5: The Prince of Egypt
For whatever reason, animated films don't often seem to come under consideration in the "epic" genre, but it would seem wrong to make a list of epic films rooted in biblical stories without including DreamWork's The Prince of Egypt. An exquisitely animated adaptation of the Book of Exodus, the film is nothing short of epic in scope and execution. 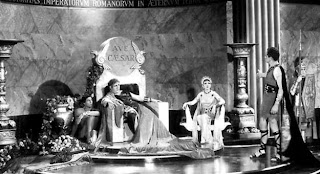 #4: The Sign of the Cross
The final entry in the legendary Cecil B. DeMille's "biblical trilogy" (the other two being The Ten Commandments and The King of Kings), and the only of the three in sound, The Sign of the Cross is a film that really needs to be seen to be believed. This is a "pre code" film through and through, filled with overt sexuality and violence, some of which seems shocking even by today's standards. 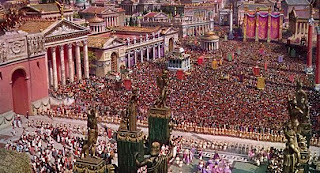 #3: Quo Vadis
The 1950s were a time of big movies in Hollywood, and Mervyn LeRoy's Quo Vadis was one of the biggest. A story of Christians and Romans during the chaotic reign of Nero, the film would be nominated for 8 Oscars and become the highest grossing film of 1951. 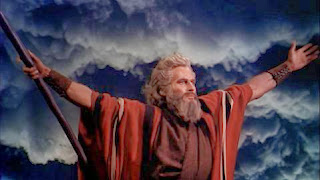 #2: The Ten Commandments (1956)
It's almost impossible to think of the term "biblical epic" without conjuring up an image of Charlton Heston parting the Red Sea. It's pretty much the perfect visual definition of "epic." 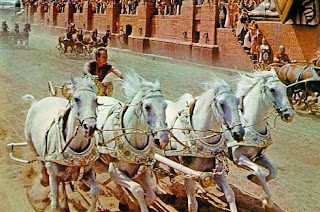 #1: Ben-Hur: A Tale of Christ & Ben-Hur
On a purely technical level, both the silent version of Ben-Hur and William Wyler's 1959 version, are cinematic marvels. The craft of both pictures is astonishing, and they are as grand in scale as the word "epic" demands.
Posted by Norma Desmond at 8:00 AM